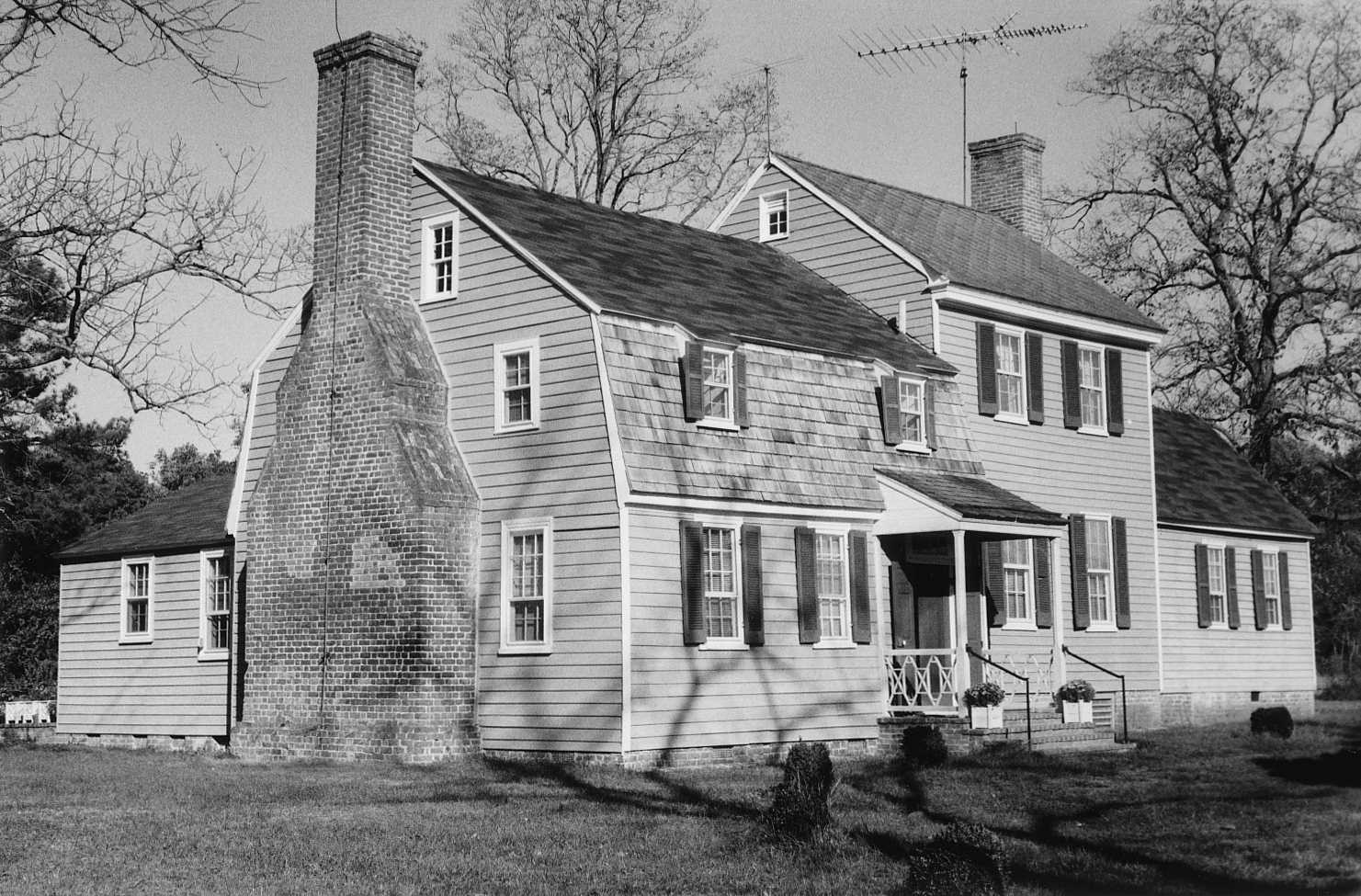 On property formerly known as Roadview, the earliest section of this two-part house was built in the second or third quarter of the 18th century, probably for Abraham Shears, grandson of the property’s original patentee. The three-bay, gambrel-roof structure is typical of the many vernacular colonial dwellings that once dotted the Northern Neck, of which only a handful remain. A defining feature is the massive, double-shouldered brick chimney. The house was remodeled around 1800, when Federal mantels and other then-fashionable trim were added. In 1856 William C. Kent enlarged the house with a two-story wing in a country Greek Revival idiom. On the grounds are a 18th-century corncrib and a family cemetery dating from the Kent family ownership. The house is situated on Mill Creek, a tidal tributary of the Chesapeake Bay.