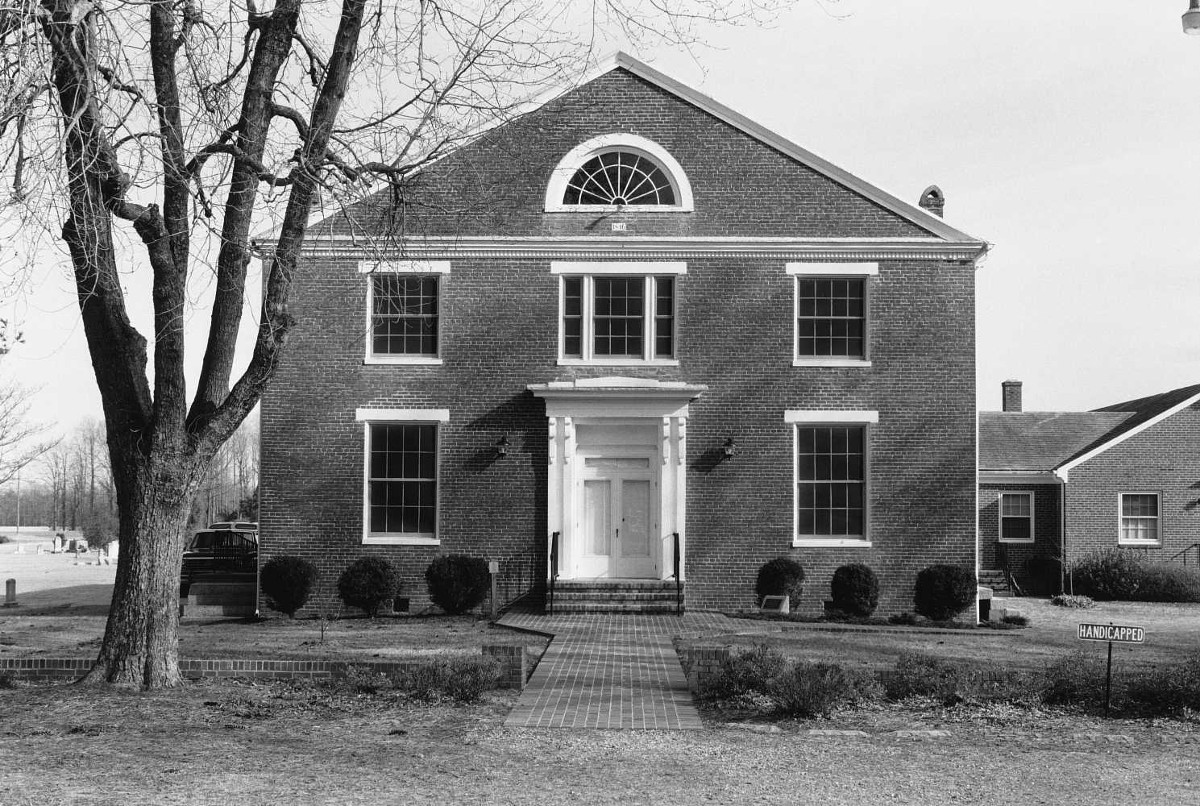 A well-articulated work of country Neoclassical architecture the Coan Baptist Church was built in 1846 to serve the growing congregation of what was originally Wicomico Baptist Church, formed in 1804. The congregation’s new church reflects the Baptist revival that swept Tidewater Virginia in the mid-19th century. Under the leadership of Pastor Jeremiah Bell Jeter, the congregation grew dramatically, and it was during his tenure that the Rappahannock Association built its first campground in 1832. When completed, Coan Baptist Church, with its seventy-foot sanctuary, was the Northern Neck’s largest church. Its construction was a cooperative effort, with many members of the congregation helping to build. The total cost was $900, a substantial sum in the 1840s. A conspicuous feature of the little-altered interior is the U-shaped gallery which likely accommodated the church’s nearly 200 African American members.