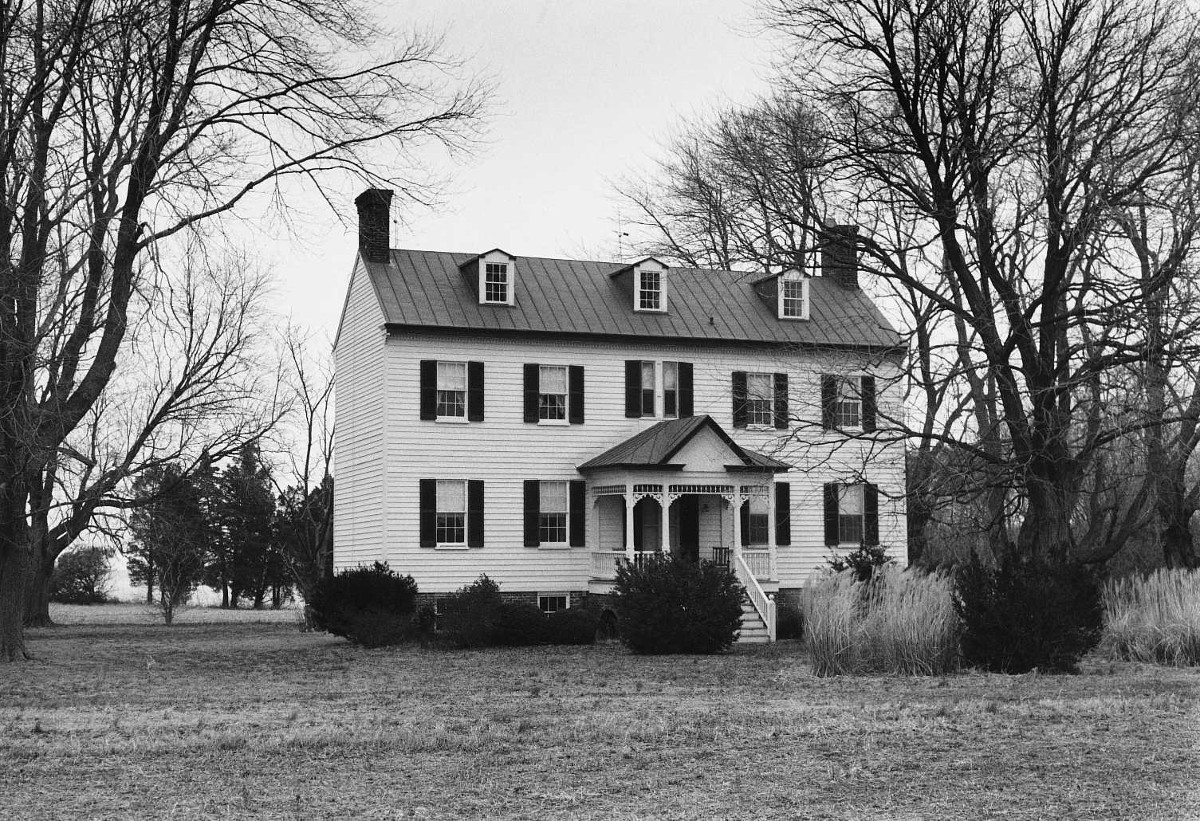 On the Great Wicomico River in the northeastern part of the county, Shalango is one of the largest antebellum plantation houses in Northumberland County. Maintaining an air of untouched antiquity, the house was erected in 1855 56 for planter John Hopkins Coles and is still owned by his descendants. Like its several contemporaries in the region, the imposing single-pile dwelling has a straightforward conservatism, employing the five-bay, gable-roof, center-passage format in use in eastern Virginia since the colonial period. The interior, however, has more stylish Greek Revival and Italianate style detailing. Especially noteworthy is the three story, open-well stair, one of the most impressive of its type in the region. John Hopkins Coles served in the Virginia cavalry during the Civil War and later served as county magistrate.