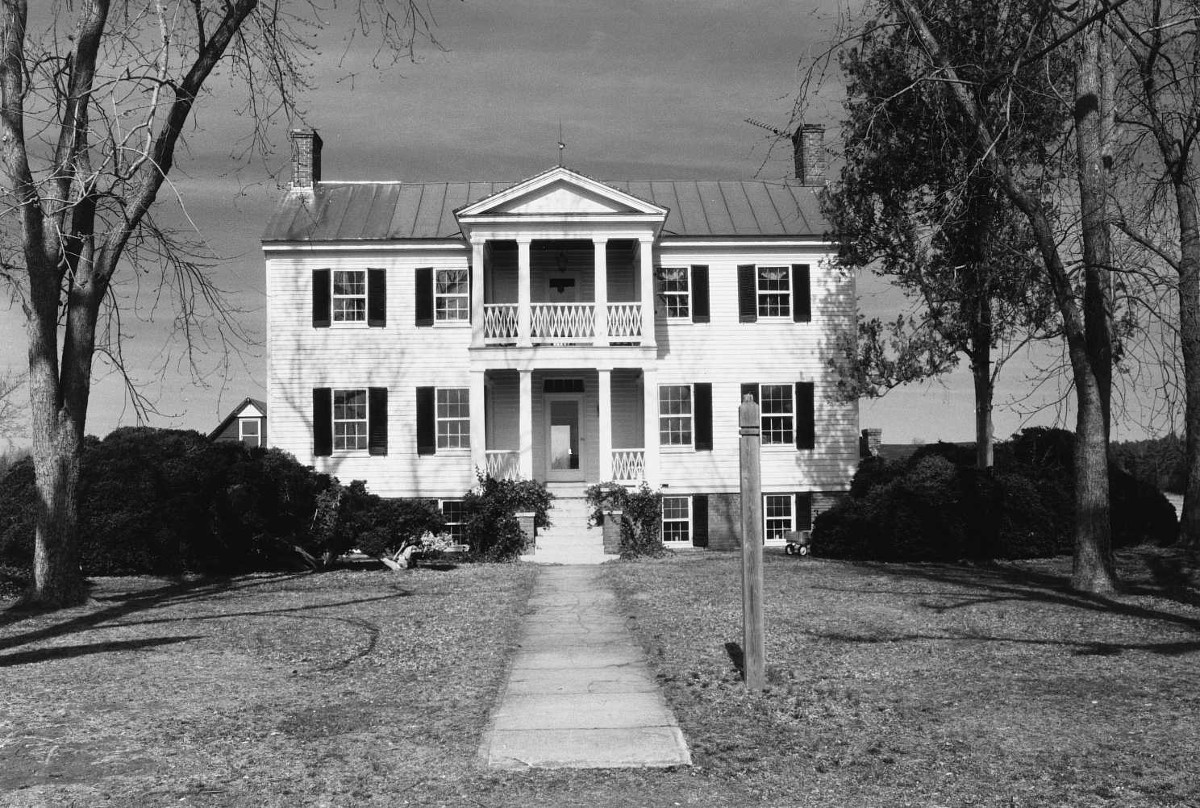 A tall weatherboarded I-house fronted by a two-tier portico, Versailles is one of several surviving manifestations of a domestic form that gained popularity on the Northern Neck in antebellum times. Ambitiously named for one of the world’s most palatial residences, the Northern Neck Versailles does at least share with its Gallic antecedent a certain stateliness. The house was completed in 1857 for Samuel Benedict Burgess, a farmer, gristmill operator, justice of the peace, and pillar of the local Methodist church. Burgess also served a term in the Virginia House of Delegates. Like the outside, the interior of Burgess’s Versailles has no-nonsense Greek Revival trim. Little changed since Burgess’s occupancy, the house stands as a conspicuous historic point of interest on one of the Northern Neck’s principal highways. The boxwood in front of the house are the remnants of an early garden.