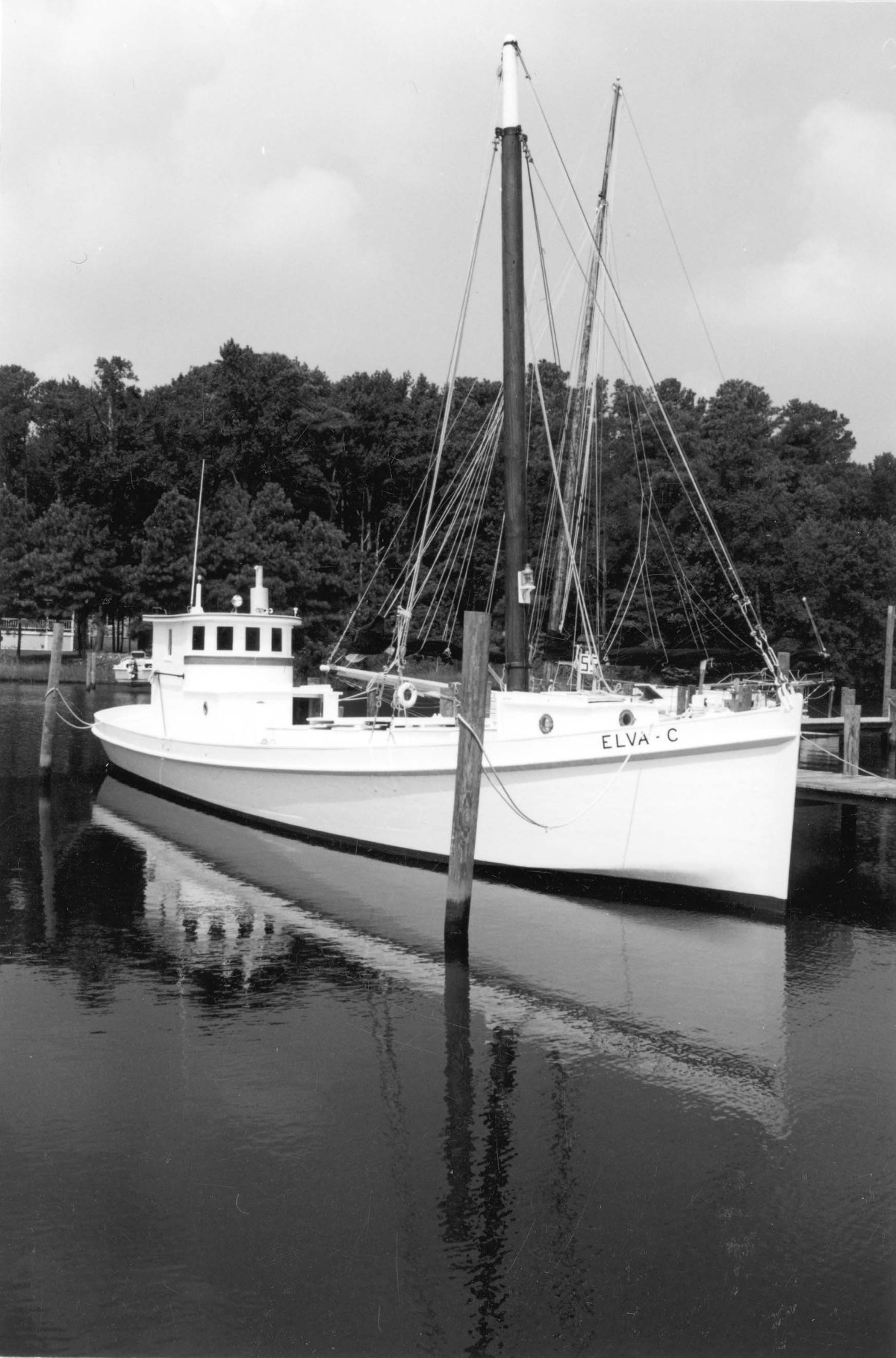 Representing a typical Chesapeake Bay wooden deck boat with cross-plank construction, the Elva C. was built in 1922 by Gilbert White, one of the region’s best-known deck boat builders.These boats were important in Tidewater during the early 20th century for transporting freight and delivering oysters, fish, and crabs to markets. In that capacity, they were crucial to Reedville’s menhaden fishing industry, which made the Northumberland County town a wealthy community by the early 1900s. Although deck boats once commonly plied Chesapeake Bay waters, the upkeep required for wooden boats has resulted in the loss of many of them. The Elva C, retired in 1995, has been restored and is again capable of cruising the bay as she did for 73 years when serving three sequential owners, who used her mostly for fish trapping and hauling. Today the Elva C is maintained by the Reedville Fishermen’s Museum, where she is docked for educating visitors about the history of deck boats in the bay region.