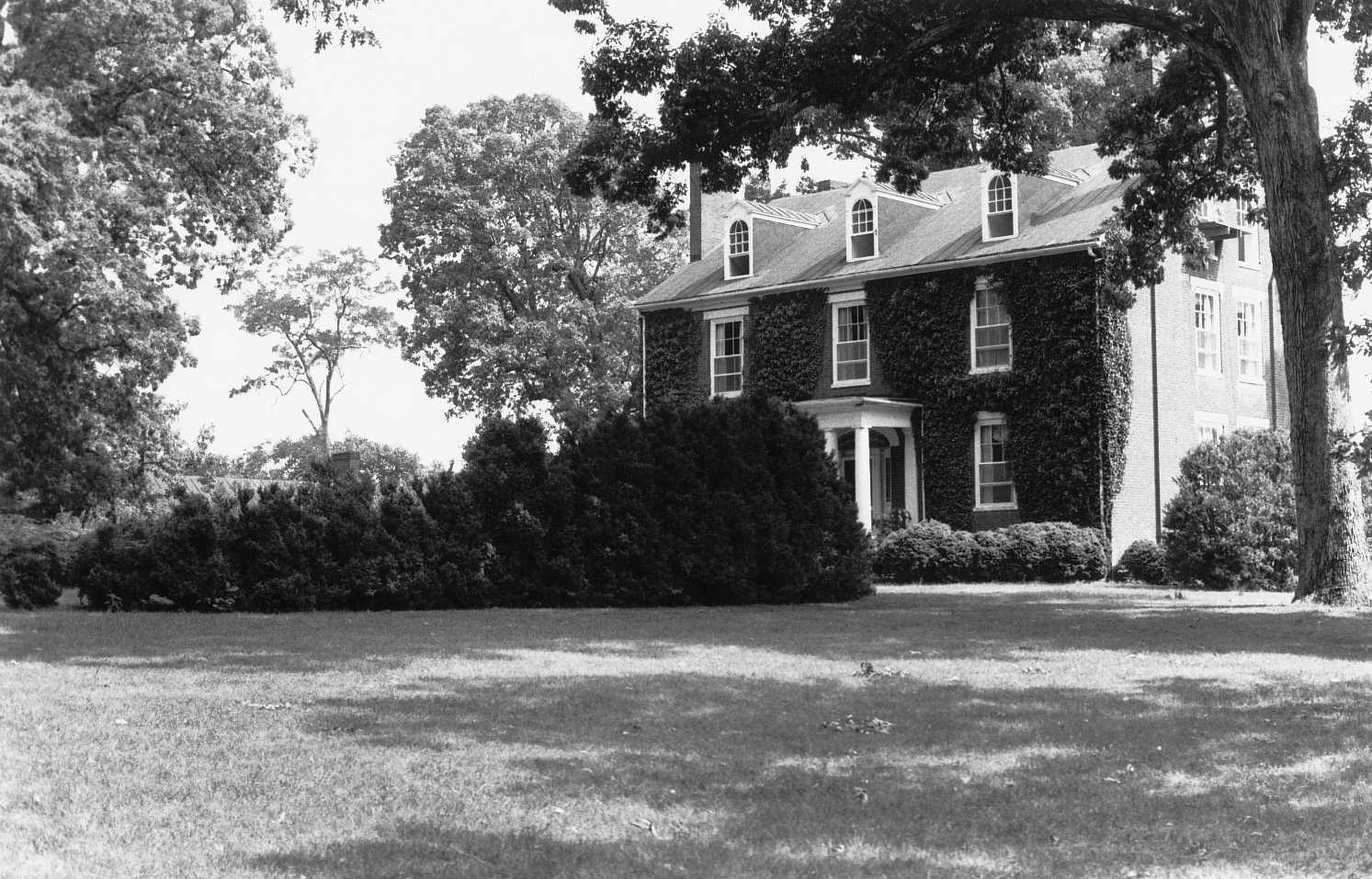 Virginia’s southern Piedmont experienced significant agricultural prosperity between 1800 and the Civil War. Evidence of its wealth can be seen in a group of large houses that formed the nuclei of vast plantations. While a few are stylish Greek and Gothic revival works, most are in a relatively restrained late Federal style with symmetrical facades and refined interior trim. Mountain View, built ca. 1842 for Thomas Smith Jones, is typical of these conservative dwellings. It is possibly a work by James Dejarnett, a regional builder. The double parlors are noteworthy for their plasterwork ceilings, glazed cupboards, and Greek Revival mantels. On the grounds is an early formal garden and landscaped park, features typical of such estates. Completing the picture of a flourishing plantation are several formally placed outbuildings, including an overseer’s office, a schoolhouse, and a kitchen. A large slave graveyard is also on the property.