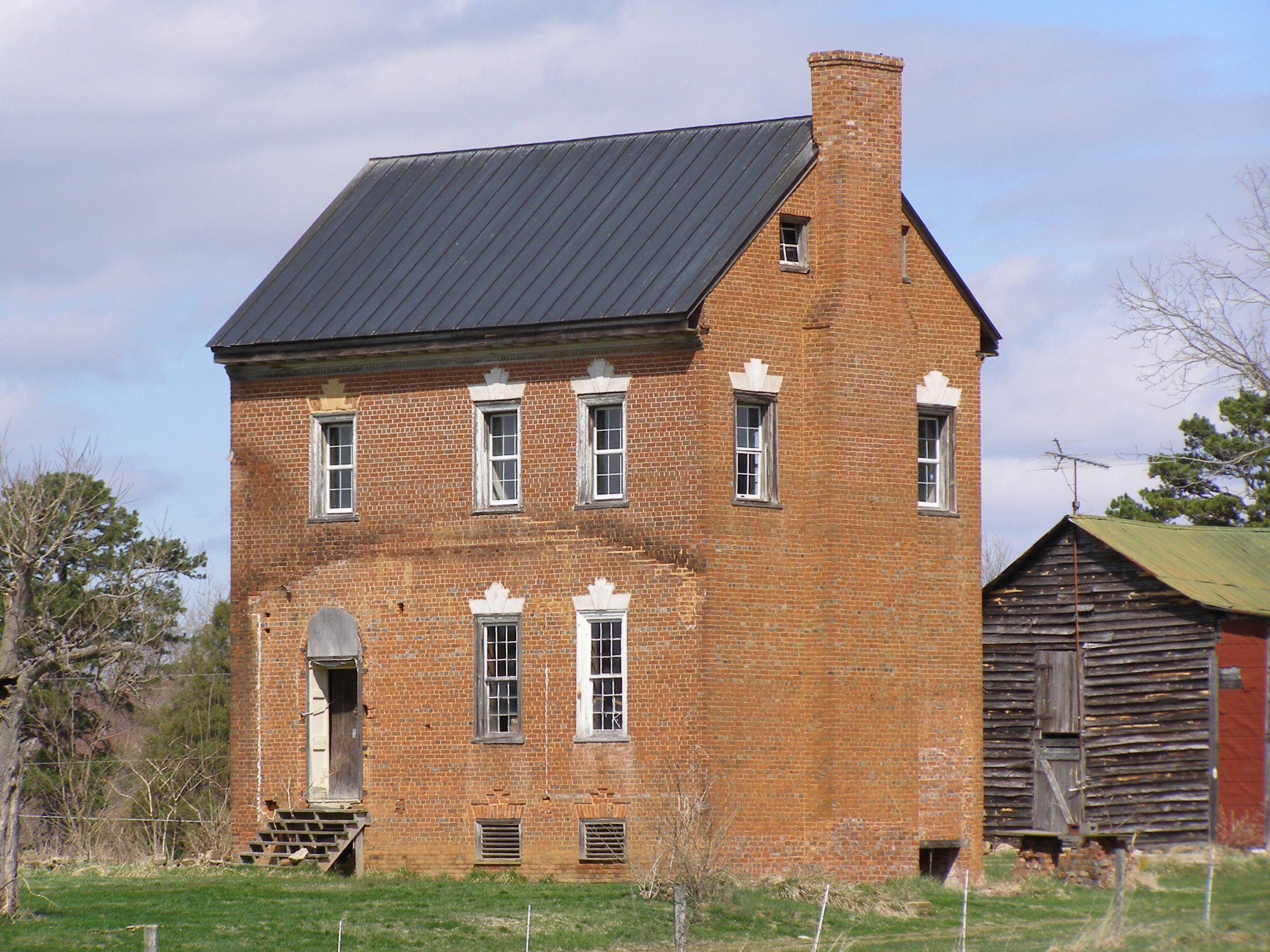 Named for nearby Little Cherrystone Creek, this Pittsylvania County farm has a dwelling with two distinct and contrasting sections of exceptional regional importance. Its one-story frame wing was probably standing before Thomas Hill Wooding acquired the property in 1790. This section, a rare example of the area’s 18th-century vernacular architecture, collapsed through neglect near the end of the 20th century. To this small house Wooding added in the early 19th century a two-story brick section, a finely detailed provincial interpretation of the Federal style with Flemish-bond brick walls and stuccoed lintels and keystones. The interior woodwork is some of the most interesting in the region, consisting of intricately carved mantels, wainscoting, and cornices. Some of the woodwork in Little Cherrystone retains highly elaborate early marbleizing and other forms of fancy painting. Although less deteriorated, the brick section also is in want of repair and maintenance.