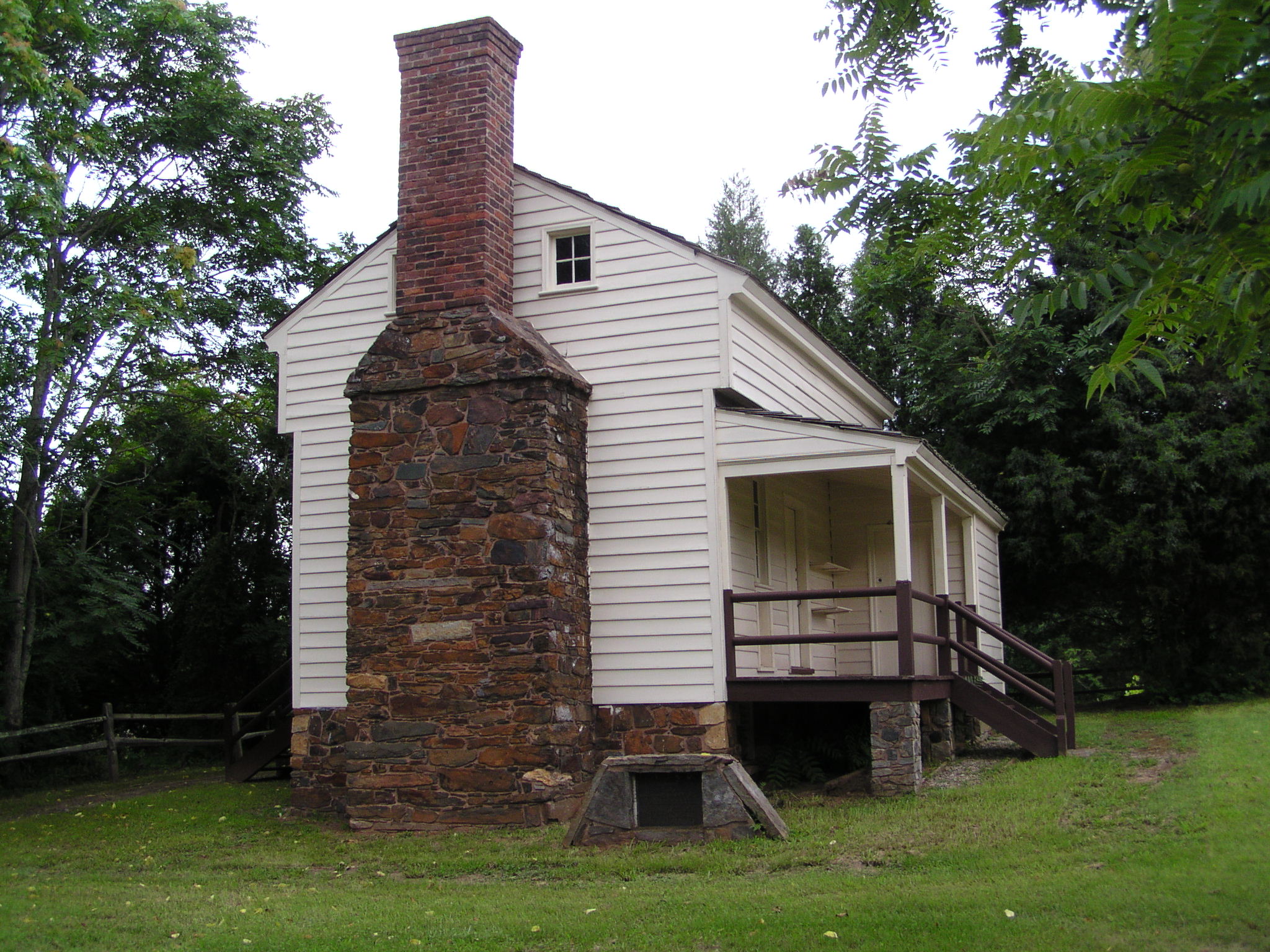 A key landmark in Virginia’s vernacular architecture, Yates Tavern illustrates the translation of the 17th-century Tidewater hall-parlor house form into 19th-century upland building forms. Its two-room plan, exterior-end chimney, and corner stair are features common to both regions in both periods. Particularly interesting is the eight-inch jetty, or overhang, at the second-floor level, a detail common in early New England but unique in Virginia. The jetty probably resulted from an early remodeling which placed a full second story upon the existing framing of a box cornice. The construction date is uncertain but a court order of 1788 mentioning “Yates’s Old House” may refer to the present building. Samuel Yates bought a license in 1818 “to keep a house of public entertainment where he now resides.” The tavern was restored by Pittsylvania County as a bicentennial project.