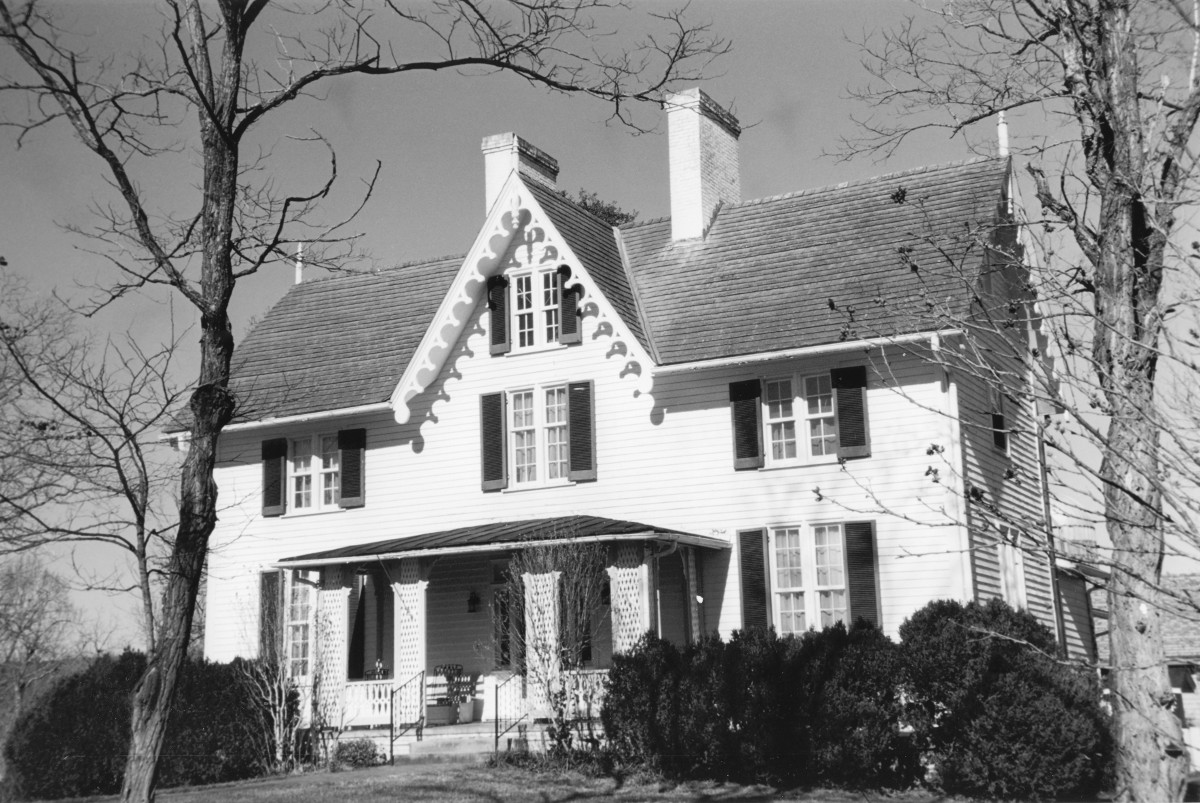 Craftsman Enoch Johnson built Locust Hill, a two-and-a-half-story Swiss Gothic-style Victorian cottage, for Samuel Marion Stone between 1859 and 1861. Its steeply pitched roof incorporates two central chimneys and four gables decorated in ornamental bargeboards. The original portion of Locust Hill has a symmetrical plan with two parlors on the first floor and two bedrooms on the second. Stone’s granddaughter built a rear addition to the main house during the early 1930s. Numerous secondary structures survive, including a tavern, a servants’ quarters, and a gristmill. A dam, a family cemetery, and the ruins of an 18th-century house are also located on the property. Locust Hill stands on the site of Ward’s Tavern, an ordinary started about 1772 by British pioneer John Ward.