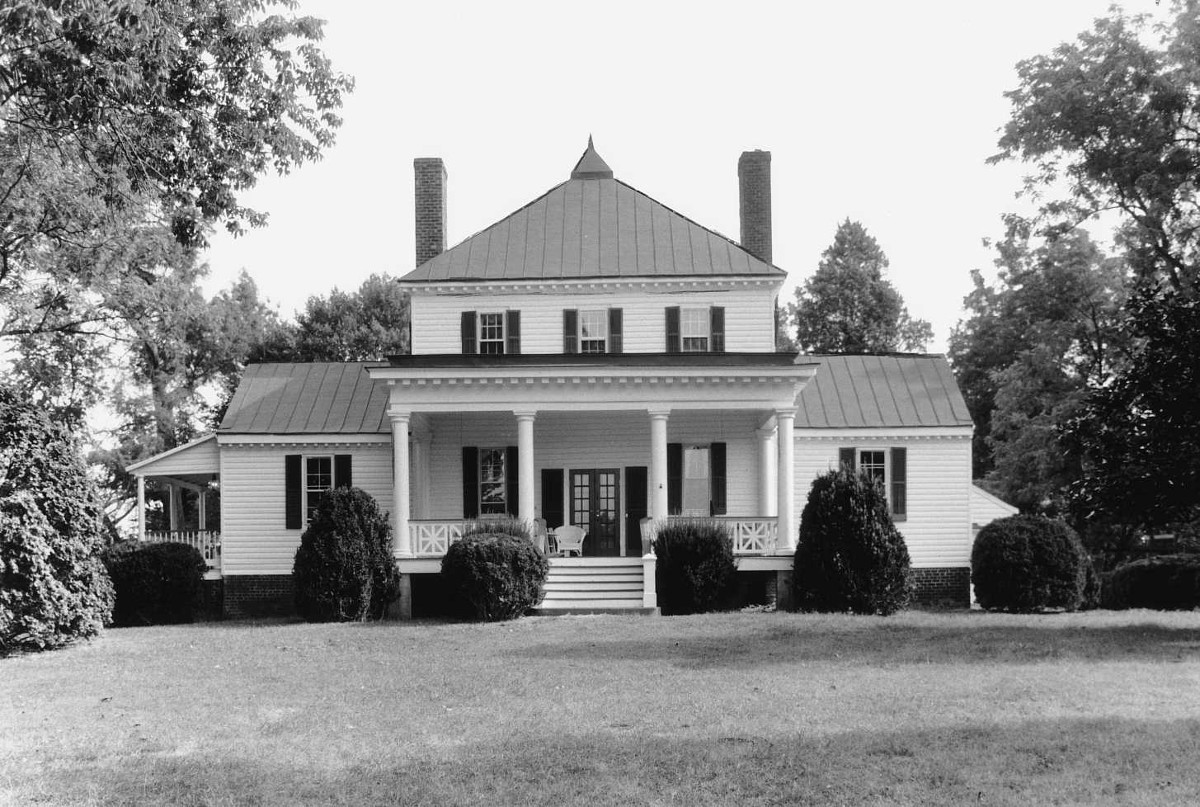 The three-part Palladian scheme used in the Federal period throughout Virginia gave to rural houses an architectural formality and sophistication that is well illustrated in Belnemus. The house was erected between 1783 and 1799 for James Clarke, a Powhatan County inventor and politician, on land purchased from Col. William Mayo. It received its present porch, siding, and rear addition around the turn of the century when it was owned by the Valentine family. Adding interest to the exterior is the curious finial at the apex of the pyramidal roof. The highlight of the interior is the late Georgian hall woodwork which consists of an elegantly detailed pedimented chimneypiece and matching cupboard opposite. Both elements have full-height Doric pilasters and Doric entablatures. Several early outbuildings, including a mid-19th-century tobacco barn, remain on the grounds.