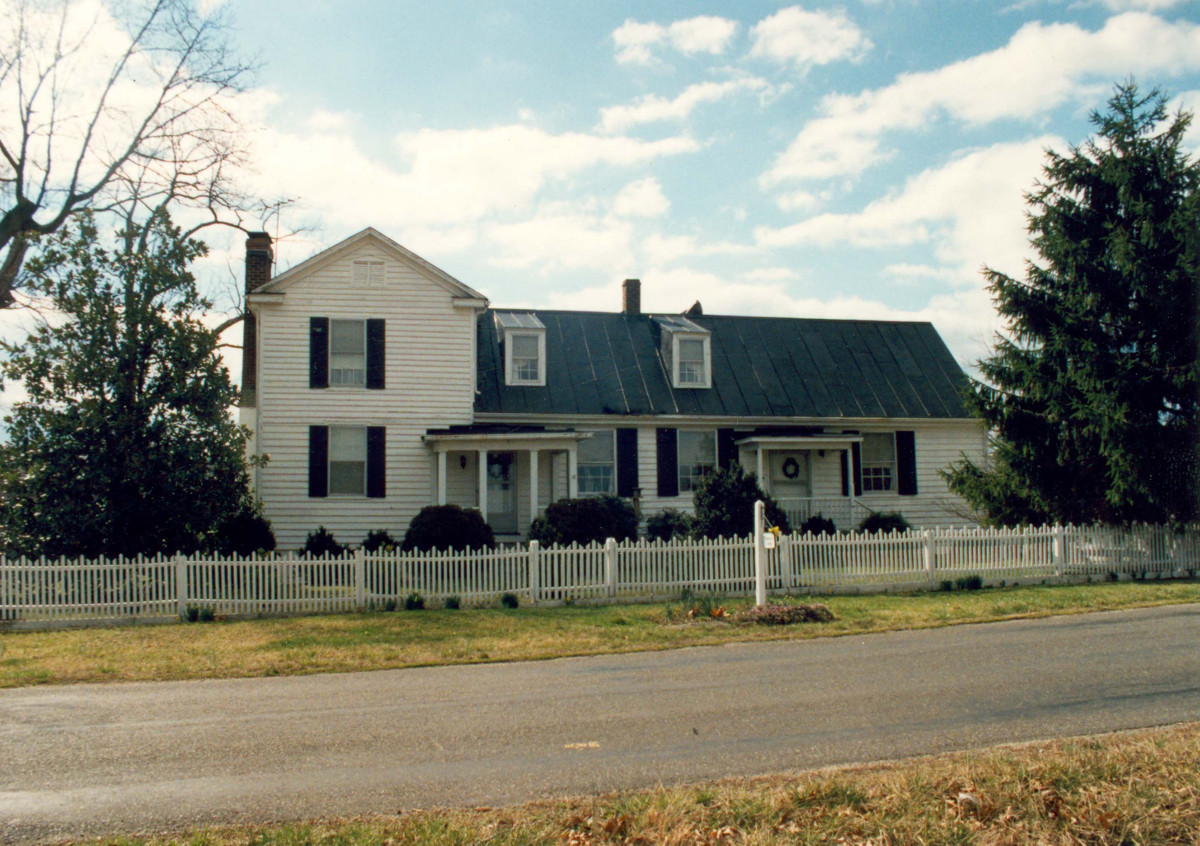 Provost, an early-19th-century frame house, was first known as Oakville. The house sits at the intersection of two roads: one was an early stagecoach route from Richmond and the other was a road to Cartersville. Provost’s varied massing, shed dormers, and two front porches combine with its picket fence and venerable trees to create the quintessential country crossroads residence. The earliest portion of the house, consisting of a center hall with a room on either side, was probably built about 1800. Additions were made in the mid-19th century and in the 1920s. Throughout much of that time, Provost served a variety of public needs including general store, ordinary, post office, and telephone exchange. From 1933 until 1945, it was a branch office of the state’s Bureau of Vital Statistics.