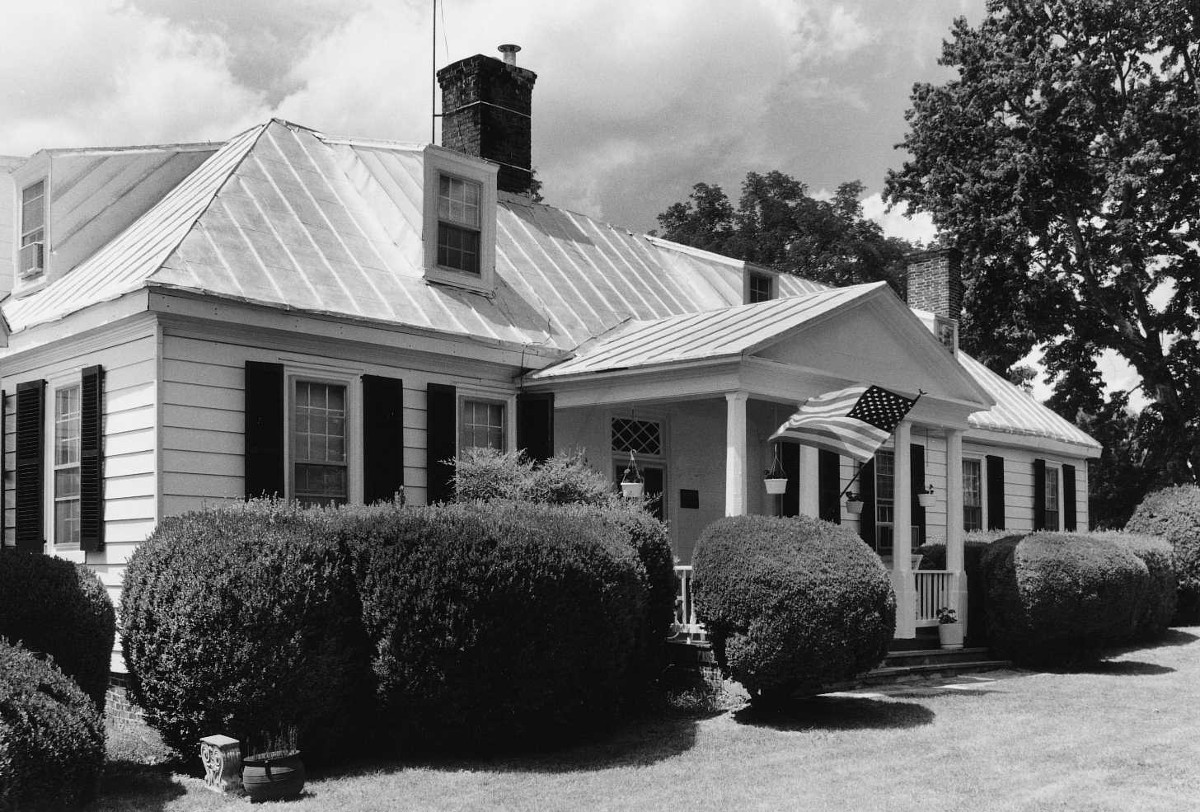 Snugly set in the Powhatan County countryside, this genteel homestead is among the region’s earliest dwellings, situated on land patented in 1730 by the noted 18th-century surveyor, William Mayo. The original portion of the house began as a simple hall/parlor cottage constructed in the second half of the 18th century by Mayo’s son John, a member of the House of Burgesses. This core was expanded by Mayo’s grandson, William, and subsequent owners, into a rambling, U-shaped family seat. Lending visual character to the exterior are the shed dormers, a regional architectural idiom. Much of the present interior woodwork is country Federal and Greek Revival, dating from the first half of the 19th century. The younger William Mayo was a member of the first Cumberland County Court and served in the Virginia House of Delegates in 1777-1781 and 1783-1785.