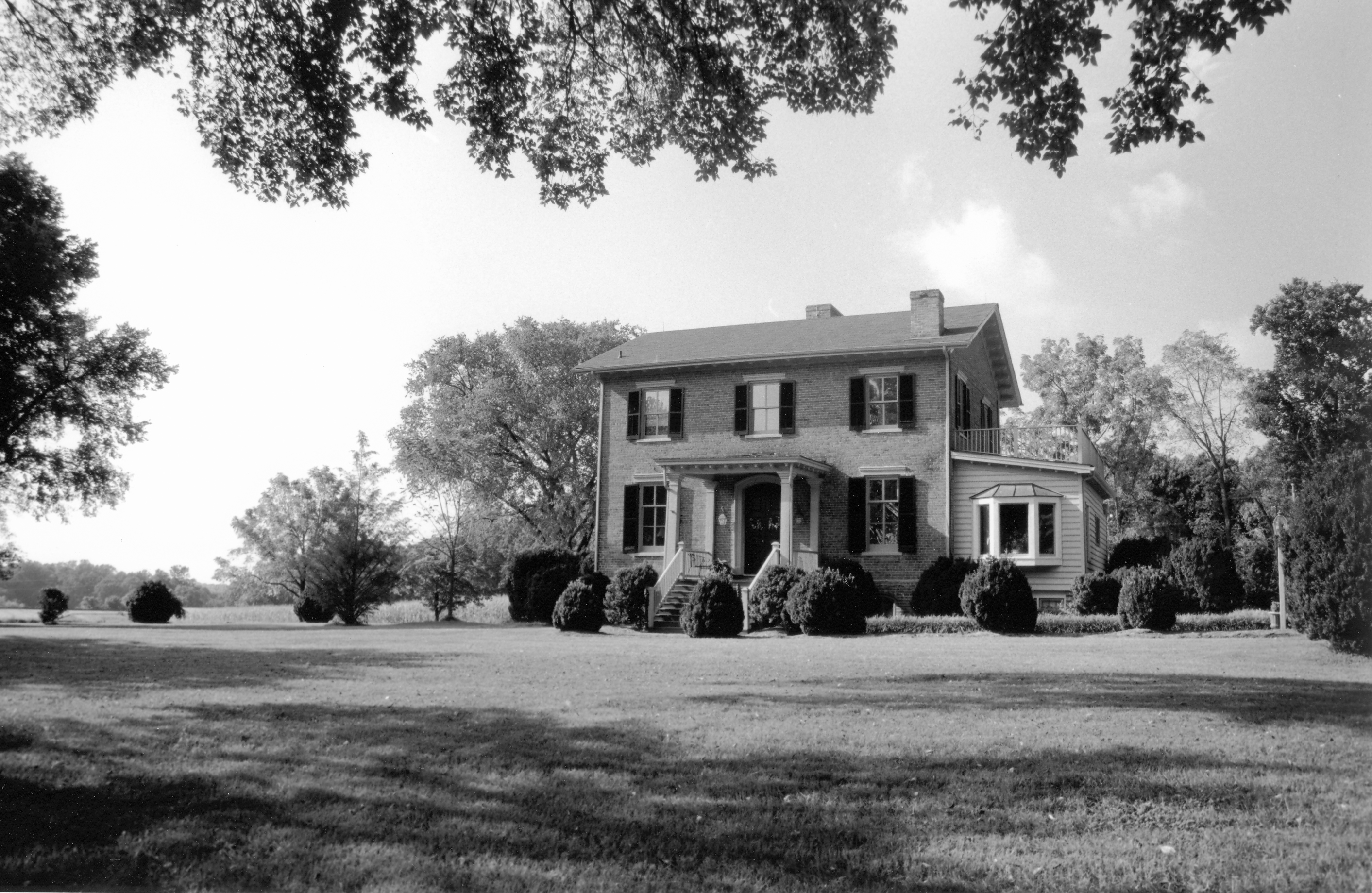 Overlooking the rolling hills along the south side of the James River, Elmington is a two-story, three-bay residence with a full basement constructed in five-course common-bond brick, built between 1858 and 1859. With Italianate bracketed eaves on its gable roof and its centrally placed Tuscan portico, the house’s design is the result of a lengthy correspondence between its owner, Robert Kelso Dabney, Jr., and the renowned American architect Alexander Jackson Davis (1803–1892), who initially produced 13 drawings for the project. Dabney only constructed the east wing of the proposed house; he planned to build a west wing, tower, and semi-circular veranda when his fortunes and family justified it, but the Civil War intervened. After the war, Dabney was bankrupt and Elmington was sold in 1871. Thus the house as Davis designed it was never completed. However, it is one of only five executed domestic commissions in Virginia by Davis.