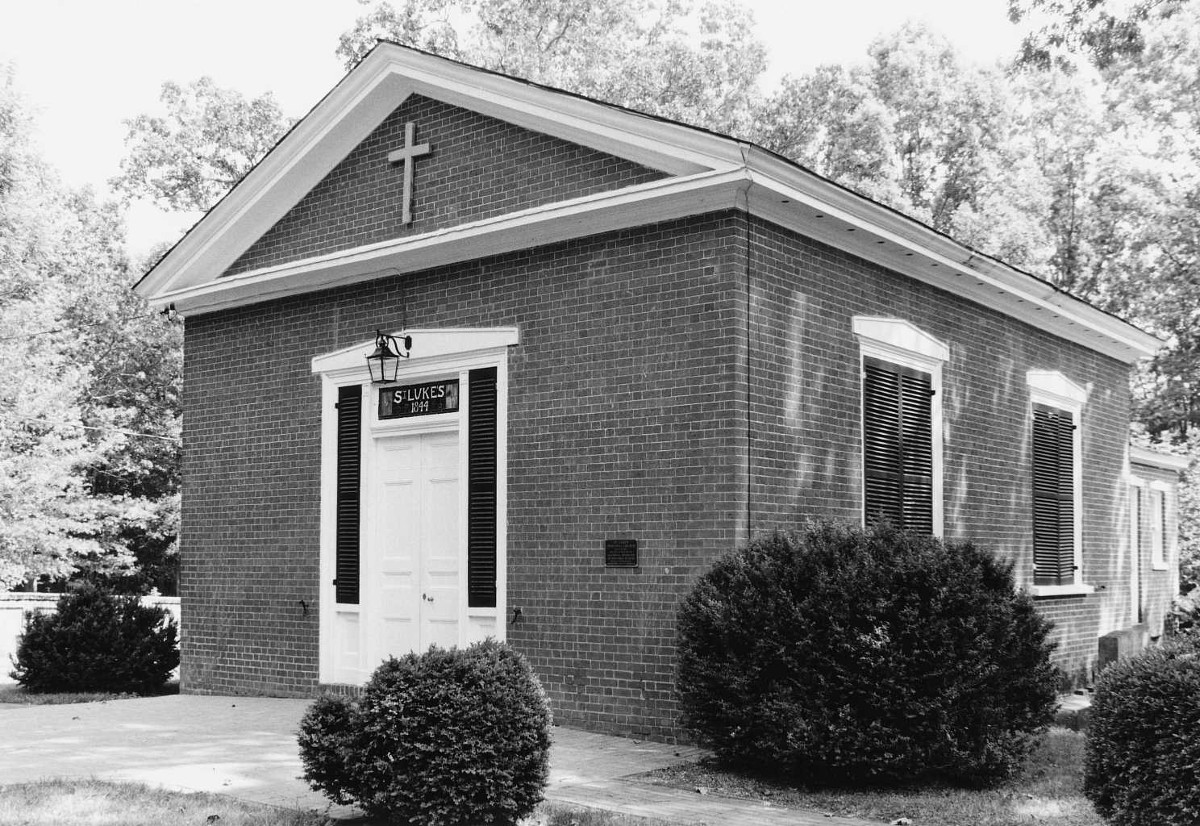 Throughout the 19th century, Virginia’s Episcopalians, though few in number, constituted much of the state’s landed gentry. As a result, country Episcopal churches tended to be quite small but are noteworthy for their architectural finesse. A particularly comely example is the tiny St. Luke’s Church, completed in 1844. Executed with beautiful brickwork and Classical Revival detailing, the building is a testament to William Henry Harrison, an Englishman and veteran of the Battle of Waterloo, who settled in Powhatan County in 1827. The church was built on land owned by Harrison who supervised all phases of the church’s construction, even the making of its bricks. Consecrated in 1845, the church was praised by Bishop John Johns for its beauty though he lamented its small size. A chancel was added in 1890 and a sacristy and vestry rooms in 1915. St. Luke’s continues to serve descendants of original members.