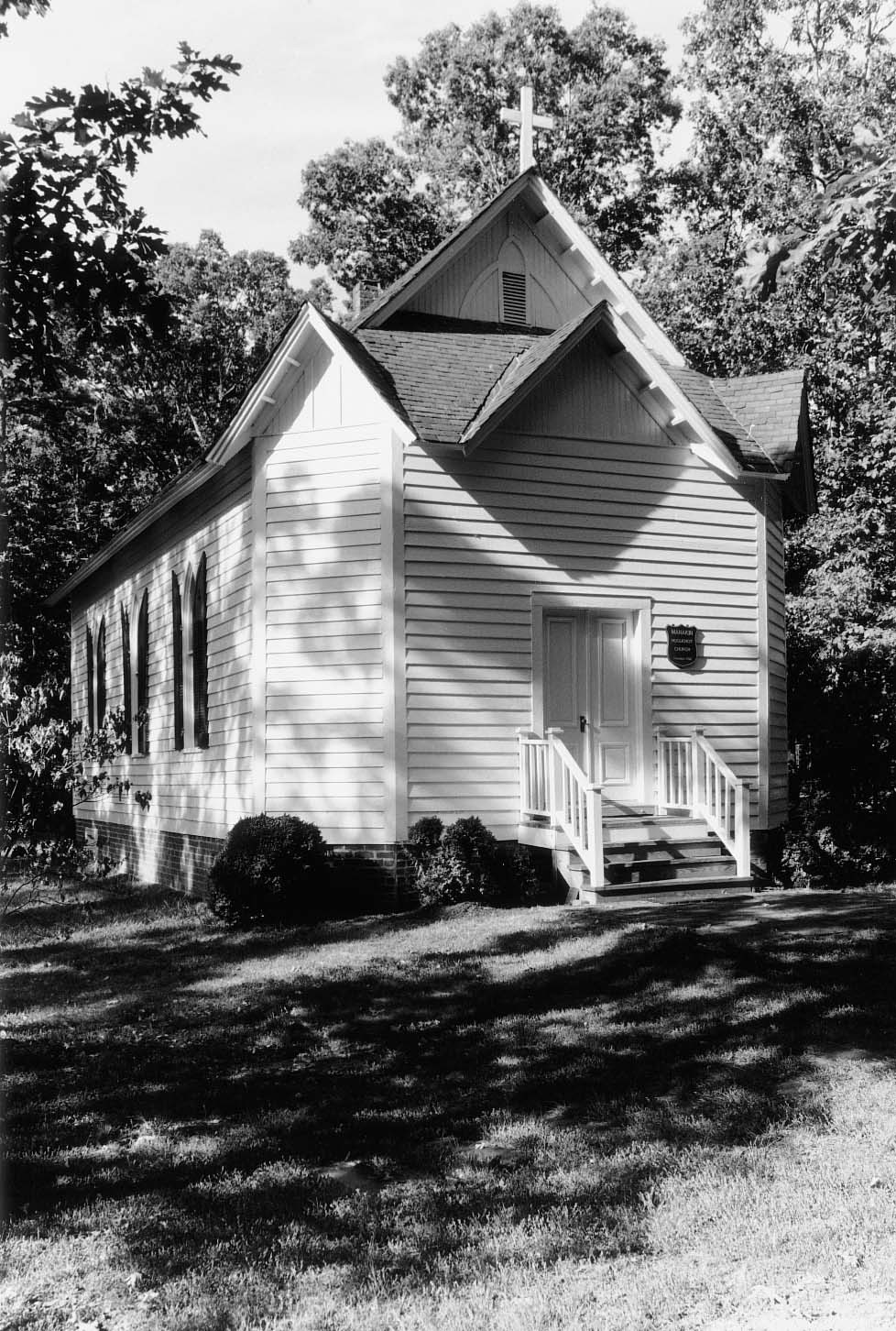 This simple country chapel, erected 1895, was the fourth church to serve the Episcopal King William Parish. The parish was part of a tract designated in 1700 as a religious haven for Huguenots—French Protestant refugees. The chapel incorporates structural members believed to be reused from the 1730 Huguenot church. It is also thought that its large summer beam was salvaged from the 1710 Huguenot church at Manakintowne. The granite monument nearby was erected in 1937 by the Huguenot Society of the Founders of Manakin in the Colony of Virginia. The two structures are maintained by the Huguenot Society as tangible memorials to the largest Huguenot settlement in colonial America. In 1954 the chapel was moved in approximately 200 feet to make way for a new Episcopal church. It was again moved a short distance in 1985 to its present location on property owned by the Huguenot Society.