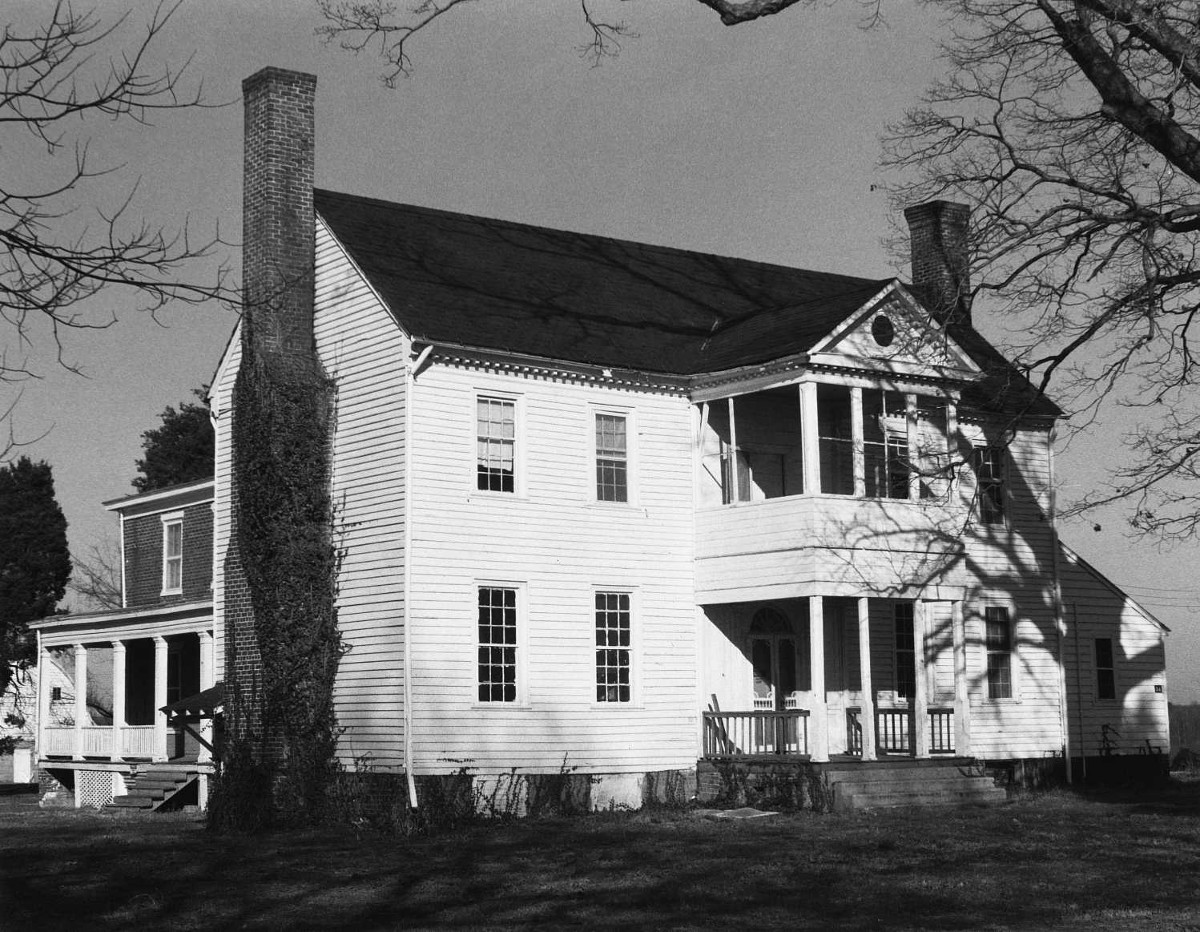 A handsome example of a Federal-period upper James River plantation house, Beaumont has been cut off from public access since 1937 when the property became a boys’ reform school now known as Beaumont Learning Center, a high-security agency of the Virginia Department of Corrections. The house, originally the core of a 1500-acre tract, was built in 1811 for William Walthall, one of Powhatan County’s wealthiest landowners and husband of Sally Michaux of a local Huguenot family. Following the traditional Virginia format, the two-story dwelling was embellished with a modillion cornice and a handsome pedimented doorway. A brick rear wing was added in 1840. Despite many years of institutional use, the house preserves early weatherboarding, an early portico, early sash, and finely detailed regional Federal interior trim. In recent years the house has stood unoccupied, receiving minimal maintenance.