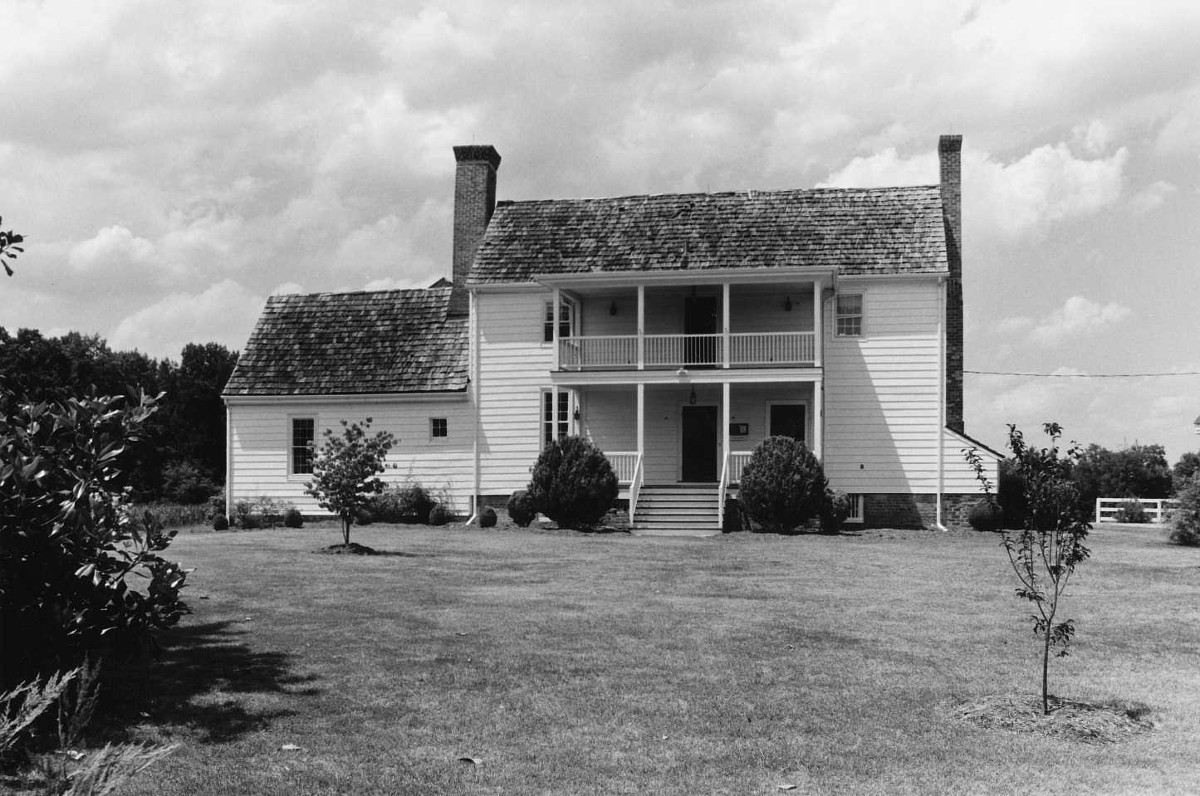 This picturesque landmark is one of the few extant early taverns that once dotted the Old Buckingham Road connecting Richmond to Lynchburg. Though expanded and altered, it preserves much of its historic character and fabric. The original core was built between 1730 and 1734, soon after the large surrounding tract was patented by Col. Francis Eppes. The property eventually came into the possession of Thomas Jefferson through his marriage to Eppes’s granddaughter Martha Wayles. Later converted to a store and ordinary, the building was purchased in 1807 by Hugh French who operated the popular tavern until 1847. Exceptional interior features include a Chinese lattice stair railing and fancy grained and marbleized woodwork. A typical tavern feature is the large “swingwall,” a movable partition separating the center hall from the east parlor which could be hooked to the ceiling to create a large entertainment space.