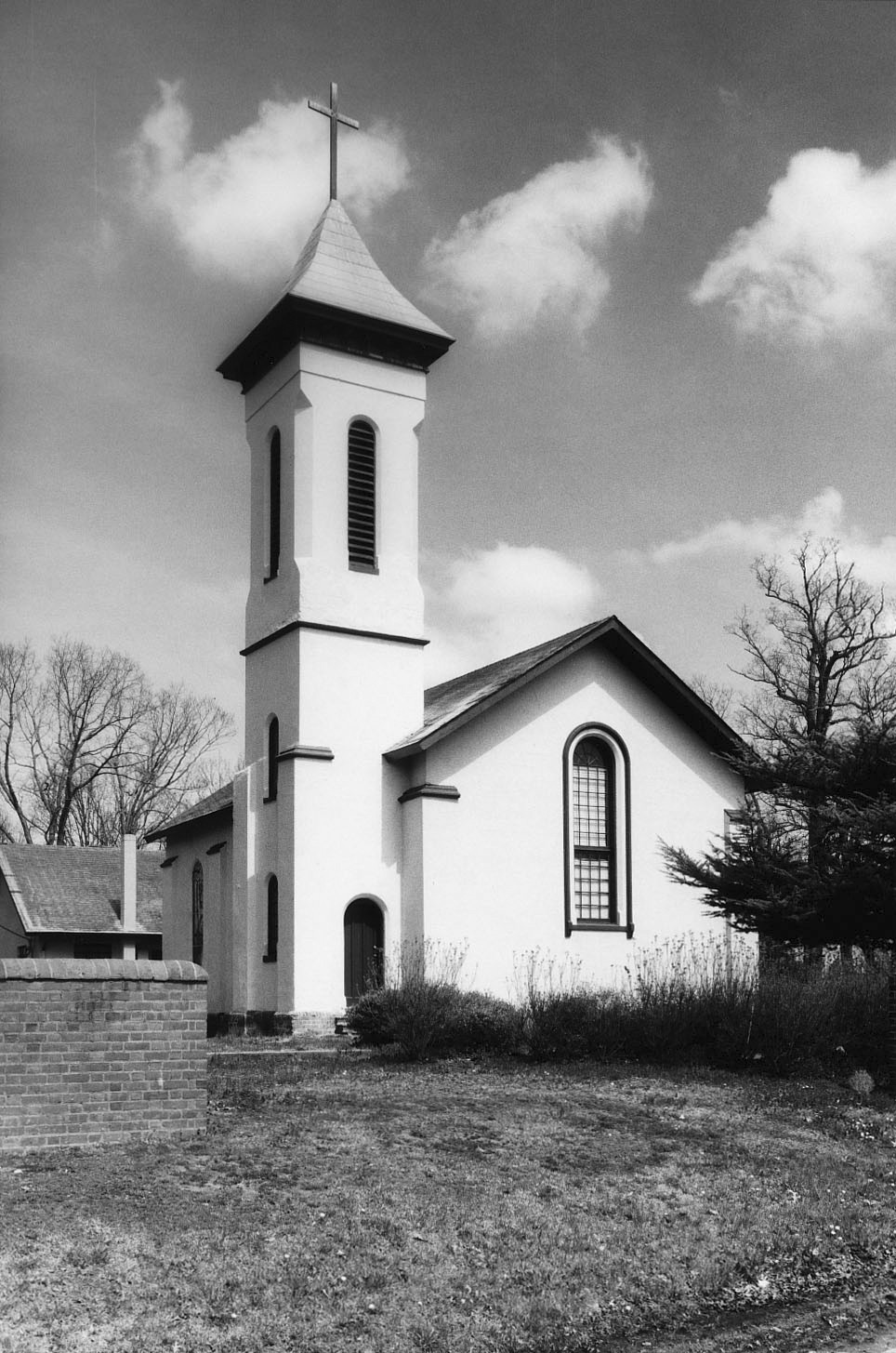 The fourth church of one of the Commonwealth’s oldest Episcopal parishes, Brandon Church is an expression of the ecclesiastical architectural taste at the time of the revival of the Episcopal Church in Virginia in the mid-19th century. Although its architect has not been documented, the Tuscan-style building, with its pink stuccoed walls and corner tower, resembles the Italianate designs of the Baltimore firm of Niernsee and Neilson. The church was consecrated in 1857 and stands across the road from the site of the parish’s 18th-century church. The choir loft preserves the church’s 1873 Henry Erben pipe organ. A chalice and paten, given in 1656, are believed to be the nation’s oldest communion service in continuous possession of the original parish. The parish was established in 1655 and was named for Martin’s Brandon, land patented by John Martin in 1618.