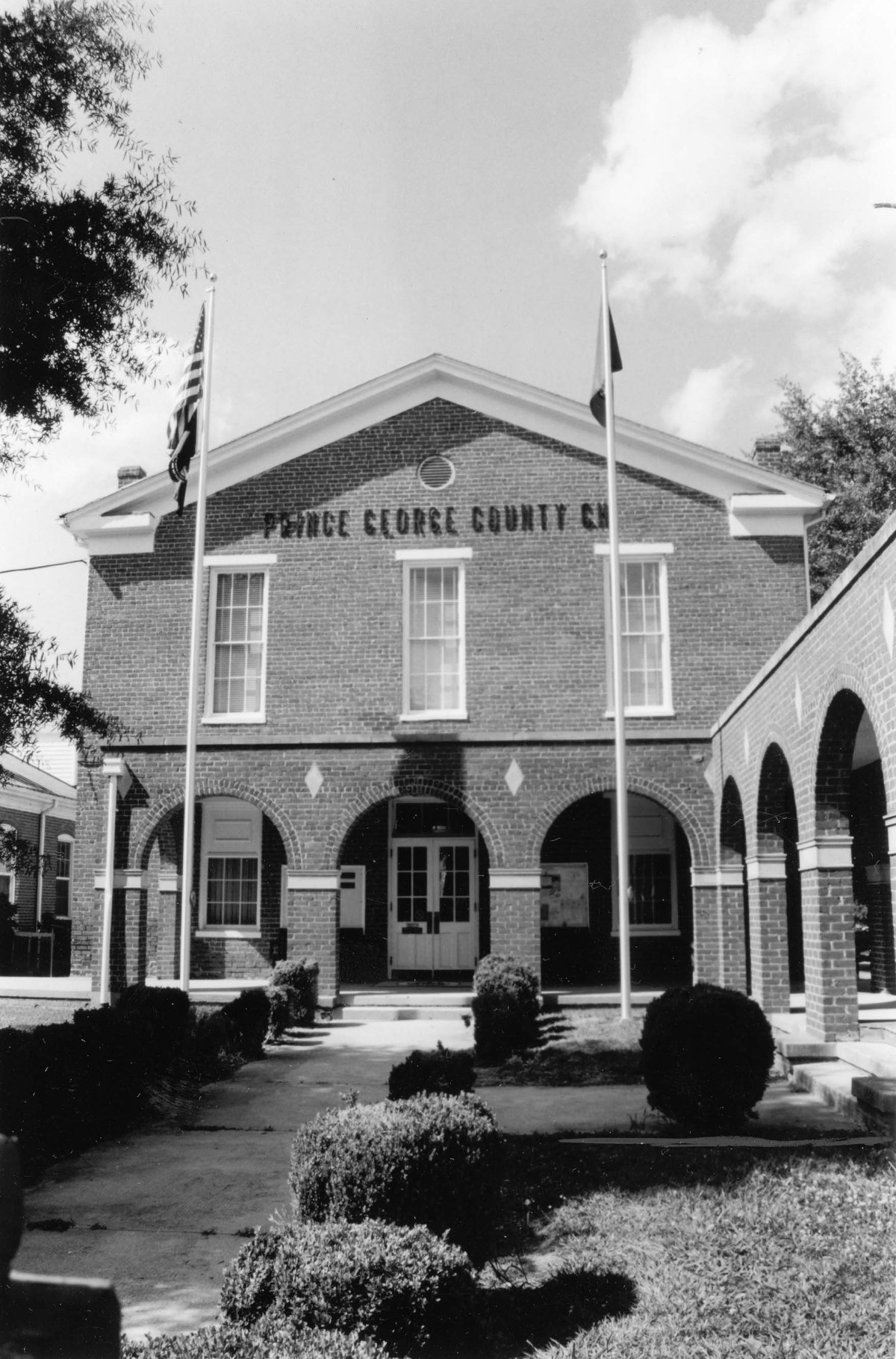 Prince George County Courthouse Historic District is one of the few remaining court house towns where one can readily see the classic assemblage of buildings that once characterized most of Virginia’s county seats. The first courthouse was built in 1810 and destroyed by Union troops in 1864. The present courthouse was built in 1867. It has had additions at various times as well as companion buildings including a clerk’s office and jail, both built about 1900, and two mid-20th-century office buildings. Memorials commemorating the Civil War, both World Wars, and the Korean and Vietnam conflicts are located on the courthouse green. An adjacent bungalow is now used for offices. Across the road from the courthouse are the brick F.L. Buren Store building, and the frame Victorian Buren House and outbuildings. Fortunately the construction of large county buildings well behind the historic district has preserved the ambience of the original complex and made it available for compatible new uses.