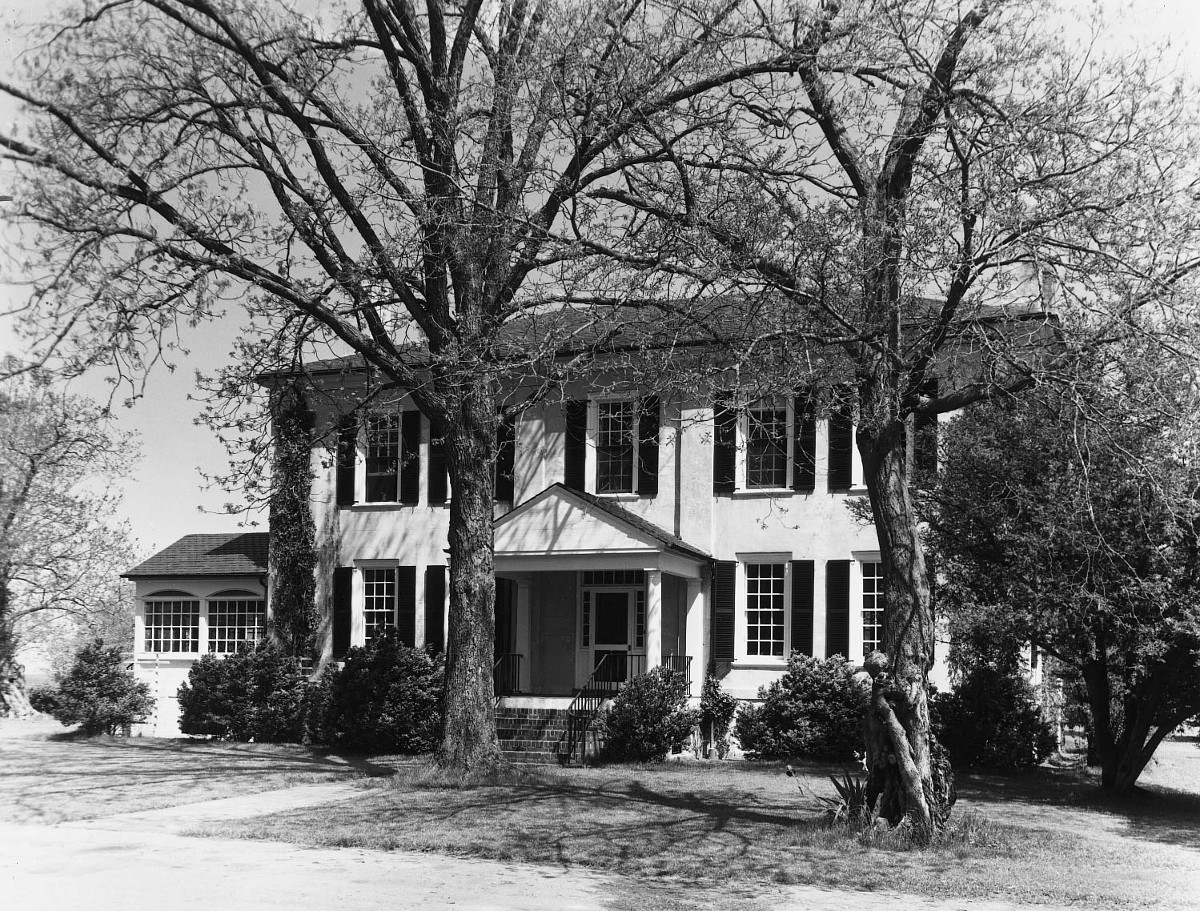 This James River plantation was established by the Ruffin family in the mid-18th century. The present house was erected ca. 1807-08 by George Ruffin, probably on the site of the original Ruffin home. With its symmetrical five-bay facade articulated by pilaster strips, the stuccoed house carries the formal image enjoyed by the Tidewater’s upper-class planters. Insurance records note that the house was originally roofed with slate rather than the usual wood shingles, an indication of superior quality. One of George Ruffin’s sons was Edmund Ruffin III, the Southern agriculturalist and ardent secessionist. Another son, George H. Ruffin, conveyed the plantation in 1832 to his half-sister’s husband, Harrison H. Cocke, a Confederate naval captain who commanded the James River defenses. The house later fell into decay and was used as a barn. Its interior was extensively rebuilt in the 1930s.