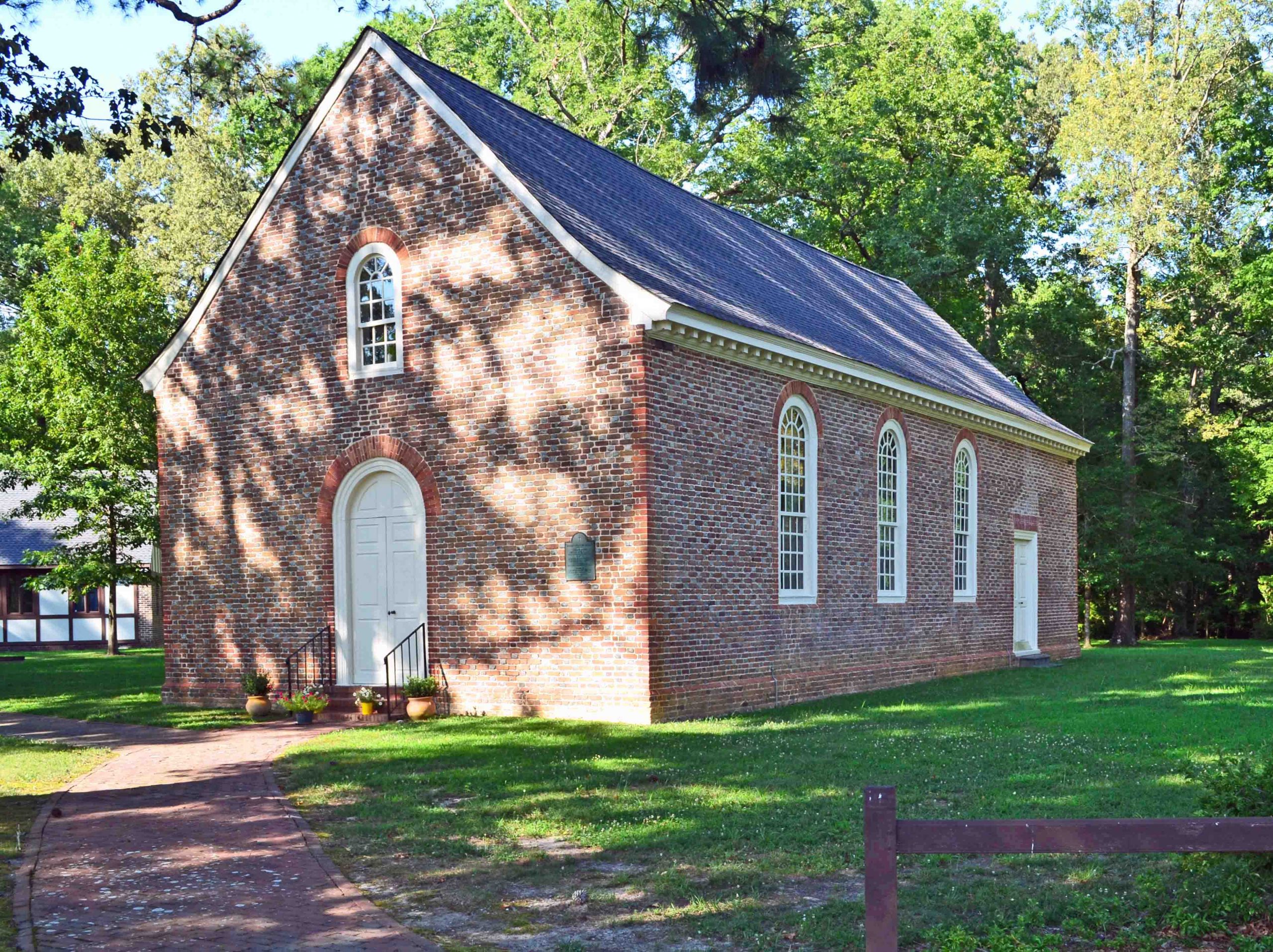 Expressing the plainness of low-church Anglican worship, this well-known colonial church is devoid of religious symbols, but achieves architectural dignity from its Flemish-bond brickwork, modillion cornice, and graceful splaying of its gable roof. Although most of its original interior features were lost during the Civil War, its early sash windows, gallery, stone pavers, and roof framing have survived. Claims have been made that the church dates from 1657. A building of that date could well have served the original Jordan’s Parish, established in 1655, but nothing of the present building exhibits a definite 17th-century architectural character; its form and details are more typical of early and mid-18th-century Virginia churches. Merchant’s Hope suffered neglect during the 19th century and was often served by clergy from nearby parishes. Restoration begun in the 1960s restored the original configuration of the interior.