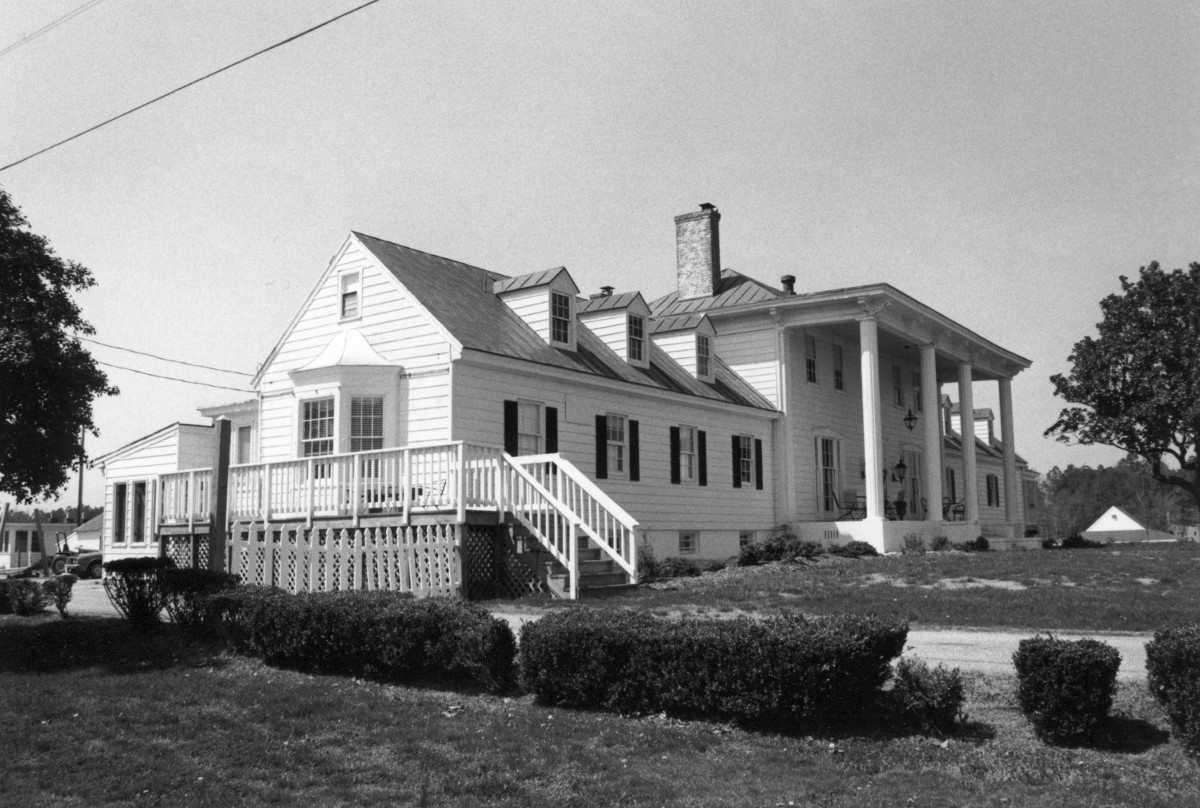 Chester Plantation is a complex of buildings dating from the 1840s. The house is a large Greek Revival mansion with a two-story, full-width porch supported by Doric columns. It was built by Williamson Simmons in the 1840s and expanded in the 1850s. During the Civil War, Simmons was a colonel in the Prince George Cavalry and Chester saw considerable troop activity. Chester remained in the Simmons family until 1918. In 1945, it was acquired by Remmie Arnold of Petersburg who conducted extensive farming operations there. Early in life, Arnold had become general manager of the Edison pen company in Petersburg. The company was successful in manufacturing fountain pens. In 1935, Arnold launched his own R.M. Arnold Pen Company. By the 1940s, his company was the second largest pen company in the world. In 1961, Arnold and his wife, Charlia sold Chester, then called “Arnoldia.”