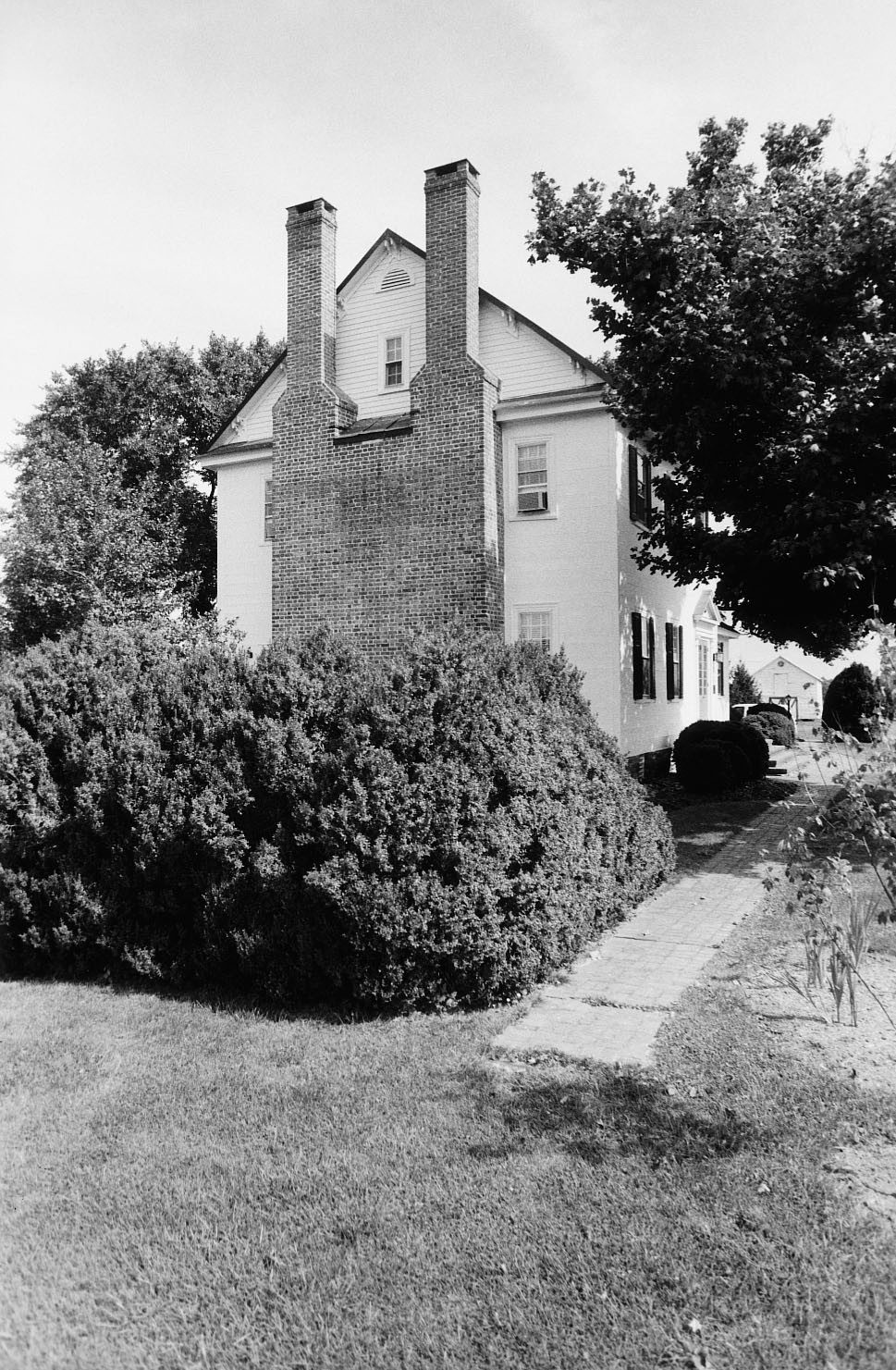 Overlooking what is yet a rural landscape in this rapidly developing region, Pilgrim’s Rest is a reminder of the rich heritage of 18th-century architecture remaining in Prince William County. The house was built ca. 1790 for Henry Dade Hooe, around the time of his marriage to Jane Fitzhugh. Particularly noteworthy is the massive chimney structure, consisting of two exterior stacks joined by two levels of pent closets. Such chimneys were indigenous features of the county’s Federal-period houses, but only a handful remain. The body of the house is a typical side-passage frame dwelling. The exterior flush-board siding, installed in a 1955 restoration, is a replacement of deteriorated original siding. The interior preserves much original woodwork including paneled mantels and wainscoting. An unusual aspect of the plan is the concealed stair rising between walls rather than in the passage.

A boundary increase was nominated in 2004 after the purchase of four tracts of land that were historically associated with the property by the owners of Pilgrim’s Rest.
[VLR Listed: 9/10/2003; NRHP Listed: 1/16/2004]