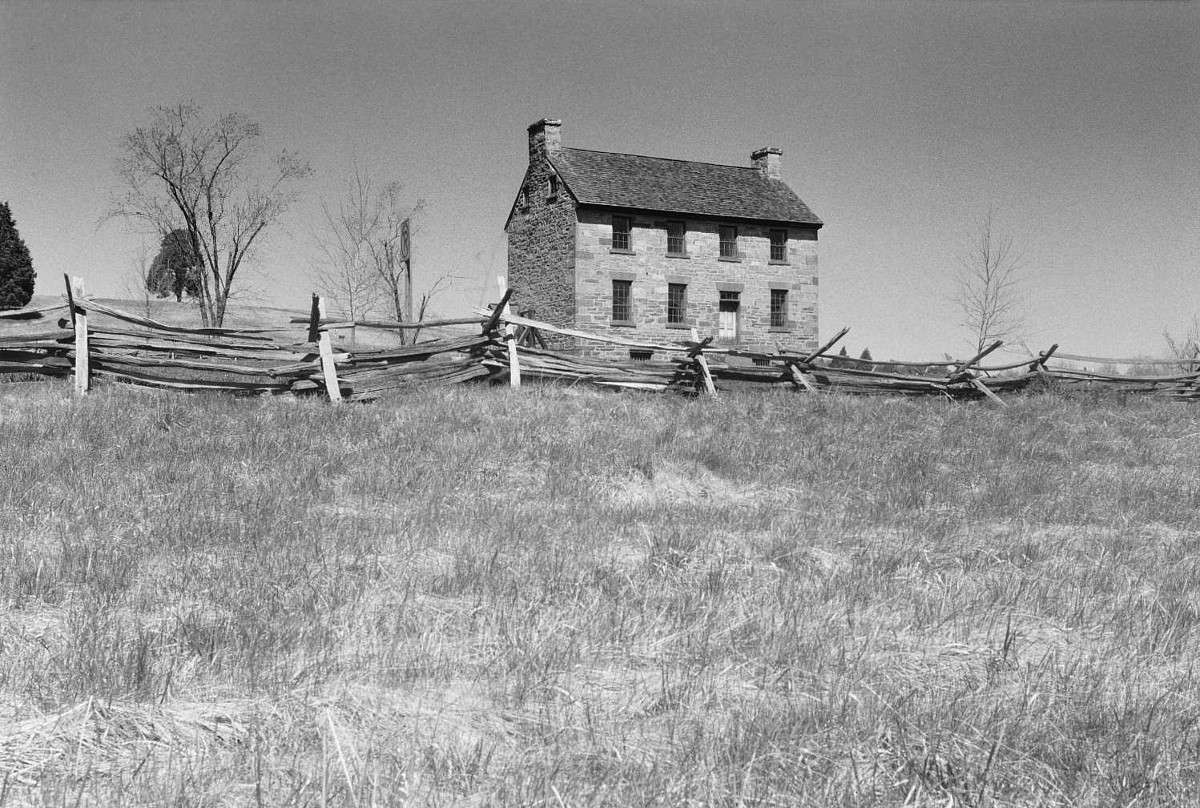 The 300-acre Manassas National Battlefield Park tract, bordered by Bull Run, was the scene of two Confederate victories during the Civil War. The first battle of Manassas, fought on July 21, 1861, was the opening engagement of the Civil War and pitted Union Brig. Gen. Irvin McDowell’s unseasoned troops against ill-trained but spirited Confederates under Brig. Gen. P. G. T. Beauregard. The Union attack was repulsed by Confederates inspired by Gen. Thomas J. “Stonewall” Jackson and his Virginians, who stood against the enemy like a “stone wall,” earning Jackson his famous epithet. Second Manassas, fought on August 28-30, 1862, cleared the way for Gen. Robert E. Lee’s first invasion of the North. Surviving landmarks include the Dogan House, a Union snipers’ nest in 1862; the Stone House (pictured above), a Union field hospital during both battles; and the Stone Bridge, blown up in 1861 but reconstructed in the 1880s. The battlefield is a property of the National Park Service.

The expanded Manassas Battlefield Historic District contains approximately 6,469.54 acres of Virginia landscape historically significant for its association with the First Battle of Manassas on July 21, 1861 and the Second Battle of Manassas on August 28-30, 1862. Preservation and commemoration of this hallowed ground led to the creation of Manassas National Battlefield Park in 1940. Today, the battleground is sufficiently intact to allow vistas not unlike those observed by the commanding generals and the thousands of soldiers who fought there.  At the time of the listing of this updated nomination approximately 5,073.10 acres of the battlefield site were located within the authorized boundaries maintained by the National Park Service as Manassas National Battlefield Park.
[VLR Listed: 10/6/2004; NRHP Listed: 1/18/2006]