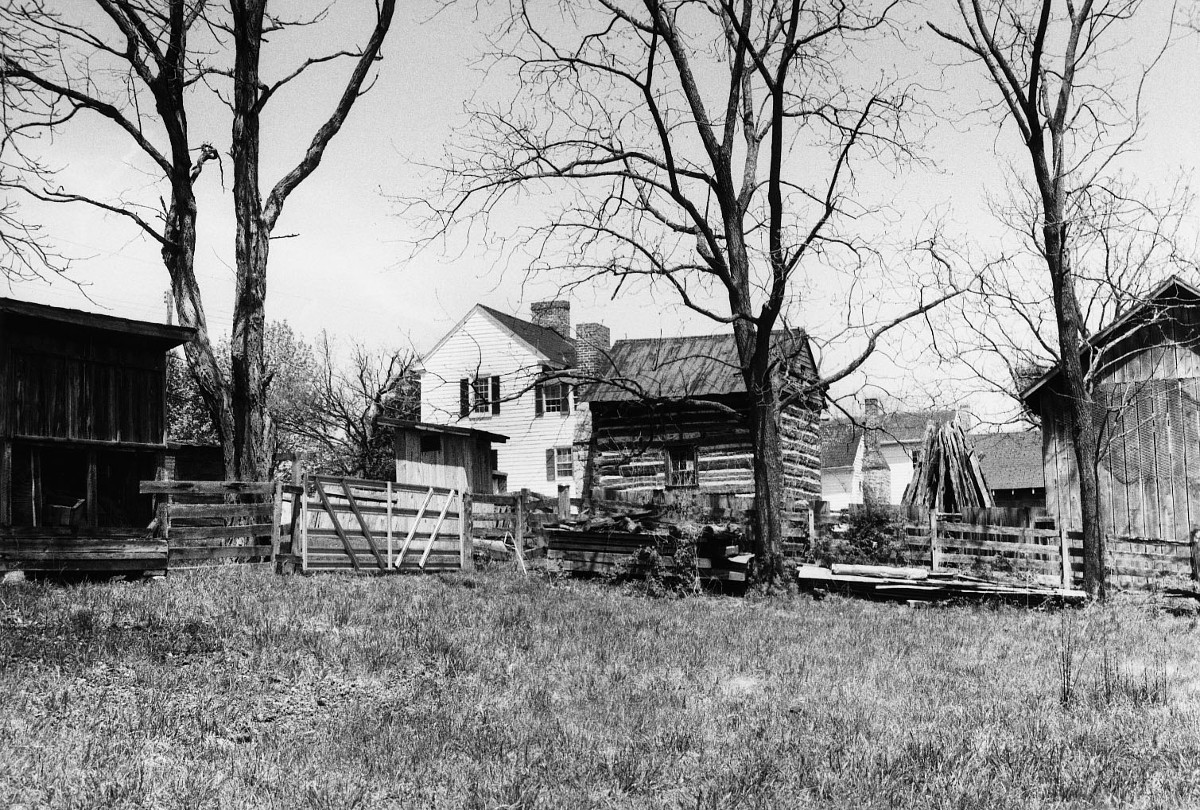 This mile-long linear village is one of the region’s most picturesque and well-preserved 19th-century turnpike towns. Newbern was laid out in 1809 by Adam Hance with twenty-nine lots along the Wilderness Road. Purchasers were required to build a house within two years “at least 16 feet square, 1 1/2 stories high of hewn logs with a stone or brick chimney.” The dominating house types—the two-story rectangular log house and the two-story frame house, both sheathed in weatherboards–conform to these standards. These well-finished log buildings make the district representative not of a frontier settlement but of a second generation village. Newbern became the county seat in 1837. The courthouse burned in 1893, and the county seat was removed to Pulaski, a more promising site on the railroad. Newbern then became and has since been a quiet residential community unmarred by modern development.