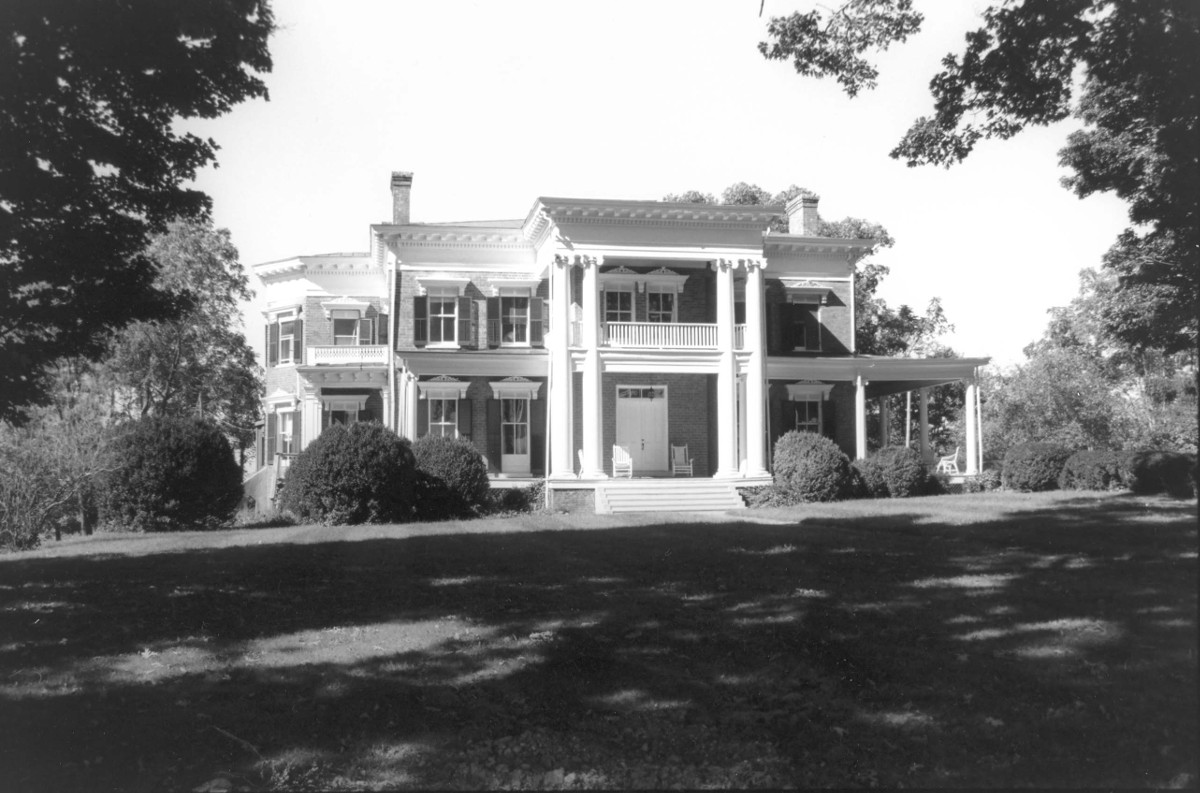 An outstanding late Greek Revival house built in 1874–75 for cattle dealer Francis Bell, Sr., Rockwood is notable for its functional and decorative features, including windows with iron lintels and louvered awning shutters, a sky-lit stair hall, decorative floorboards, and plaster cornices and medallions with acanthus, fruit, and female cameo motifs. Architect Robert C. Burkholder and builder John P. Pettyjohn, both of Lynchburg, designed and built the mansion for Bell, who was an innovator in the export of live cattle to Great Britain, a lucrative trade he adapted from Canadian precedent. The property includes a log smokehouse and a large farm complex that supplied food to the nearby Radford Ordnance Works during World War II. Rockwood is significant not only for its extensive dairy farm, but also for its extant quality of design and craftsmanship.