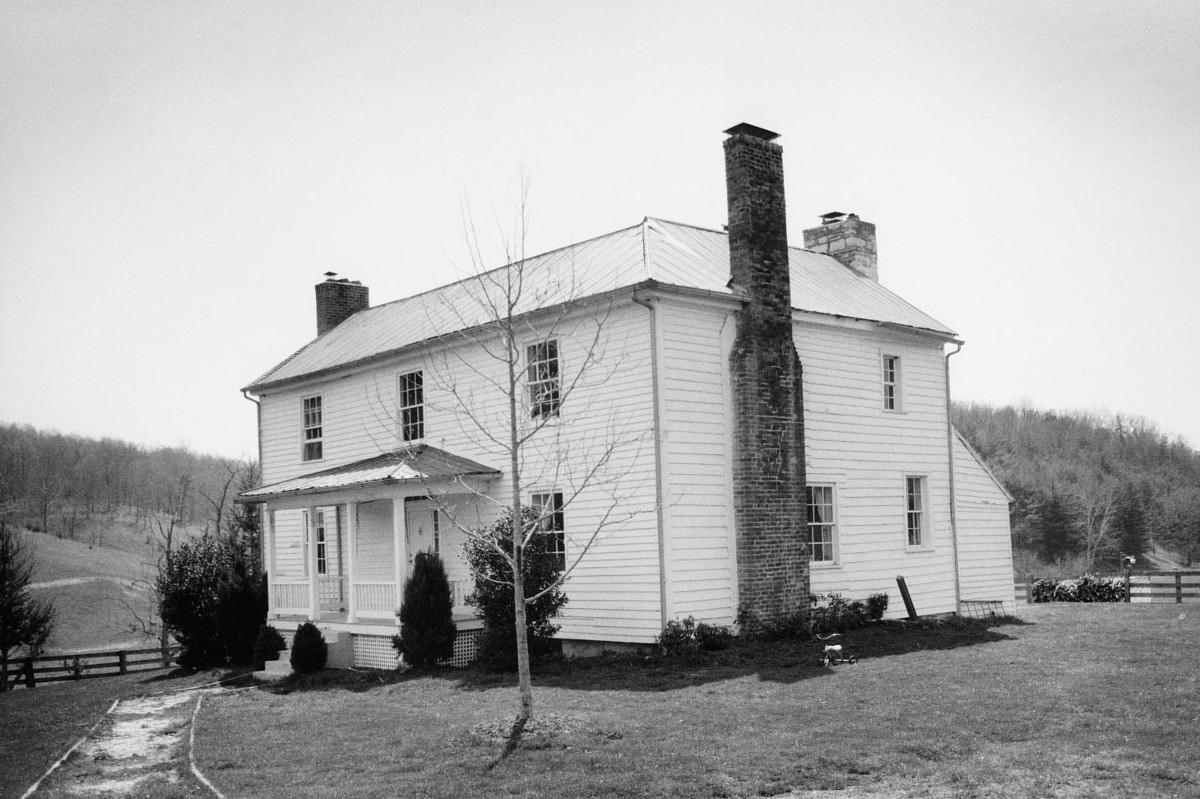 A relic of the early settlement of Pulaski County’s uplands, the John Hoge house is one of the regions’s very few dated log structures. The date 1800 is carved into an original stone chimney. The first owner of the house is not known; however, in 1812 the property was purchased by John Hoge, a slave-owning planter whose ancestors came to the area in the mid-18th century. It its original form the house was a two-story, hall/parlor dwelling with two stone chimneys. The V-notched logs were covered at an early date with beaded weatherboarding, sections of which survive. The house was altered and enlarged in the third quarter of the 19th century with a two-story frame wing concealing the early structure within. Despite the changes, the core structure holds exceptional antiquarian interest.