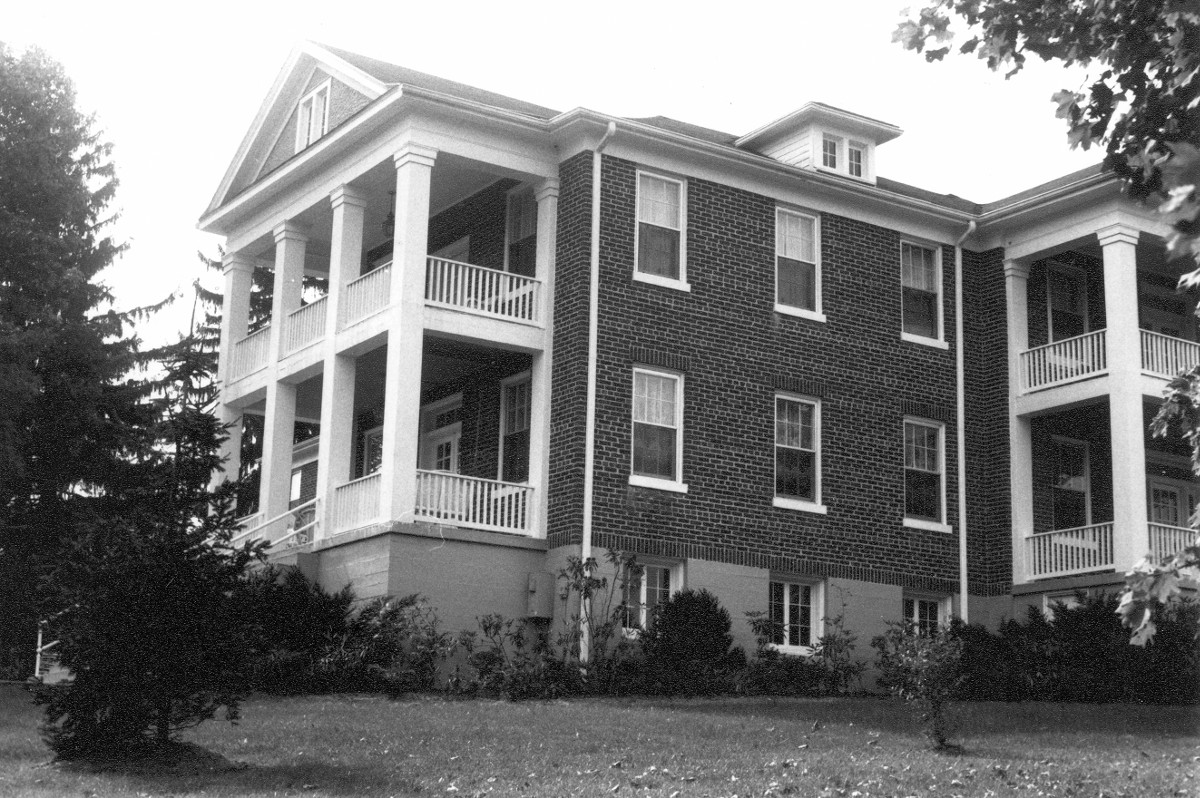 The Fairview District Home is an extension of the almshouse system in Virginia, a tradition that extended back to 18th-century care for indigent or infirm adults and children. In 1908, the newly formed State Board of Charities and Corrections found 108 county and city almshouses in operation in Virginia. Over the next 20 years, the Commonwealth consolidated these institutions and sponsored the construction of improved facilities, introducing standards of cleanliness and good nutrition. The first two new district homes were built in Manassas and Waynesboro. In 1928, the Fairview District Home, originally called the Dublin District Home, was finished. Designed by architect Clarence Henry Hinnant, the home describes an abstracted Colonial Revivial style. It represented the united efforts of Craig, Giles, Montgomery, Pulaski, Roanoke, Smyth counties, and the City of Radford.