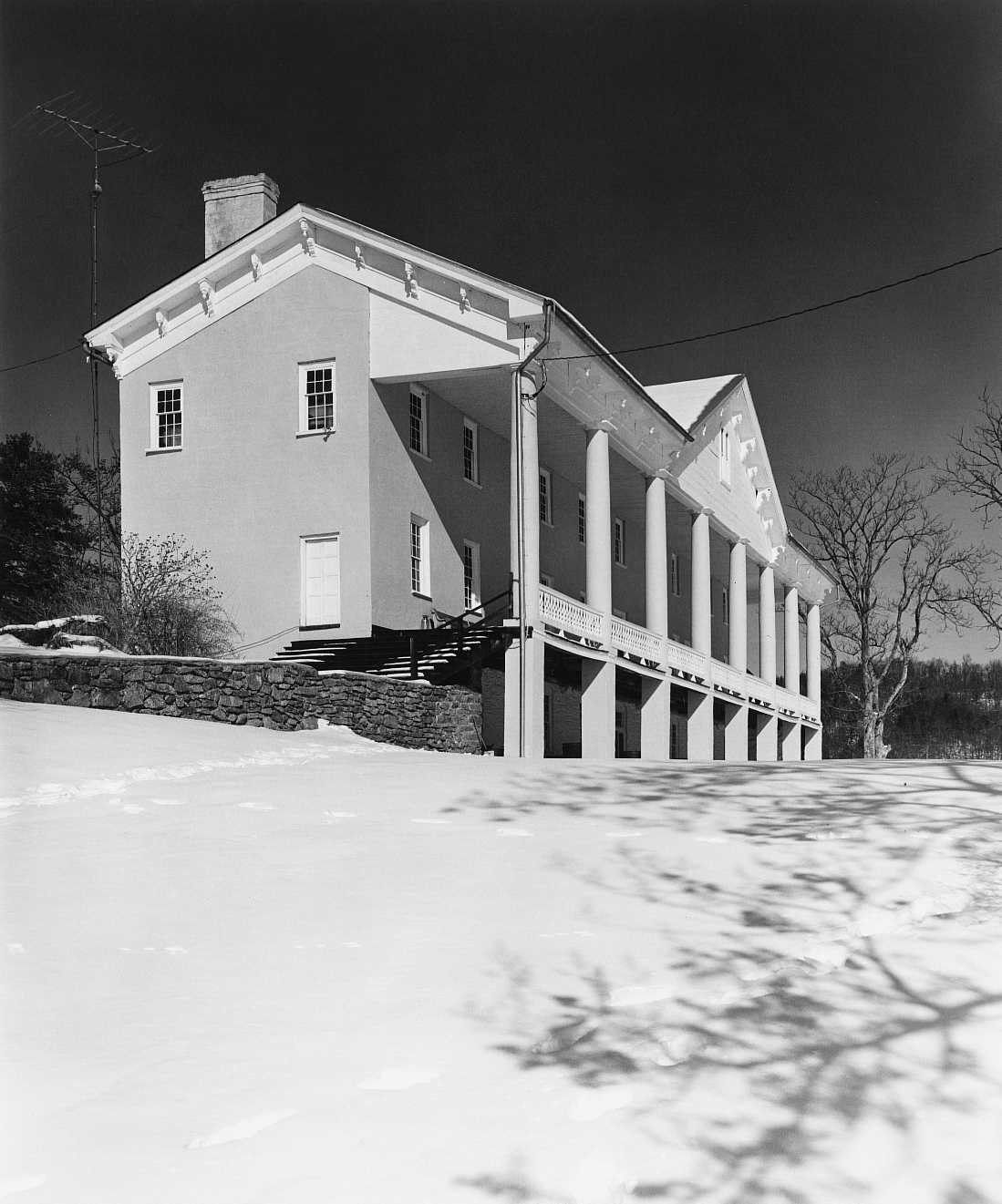 The core of this sprawling porticoed mansion was built in the mid-18th century by Francis Thornton as a residence for his son William. The Thornton family settled here ca. 1740, obtaining a grant for thousands of acres, including the F. T. (Francis Thornton) Valley. On a hill with views down the F. T. Valley, the original farmhouse was enlarged in the mid-19th century with end wings, and the whole was united by a huge unacademic colonnade crowned by a bracketed cornice. The resulting edifice makes for an arresting, if provincial, composition with a wonderful backdrop of pastoral and mountainous scenery. Montpelier was inherited by William Thornton’s son Dr. Philip Thornton, and remained in the family until 1876. The house was renovated in the 1970s by James W. Fletcher, whose wife Mildred, was a descendant of Francis Thornton.