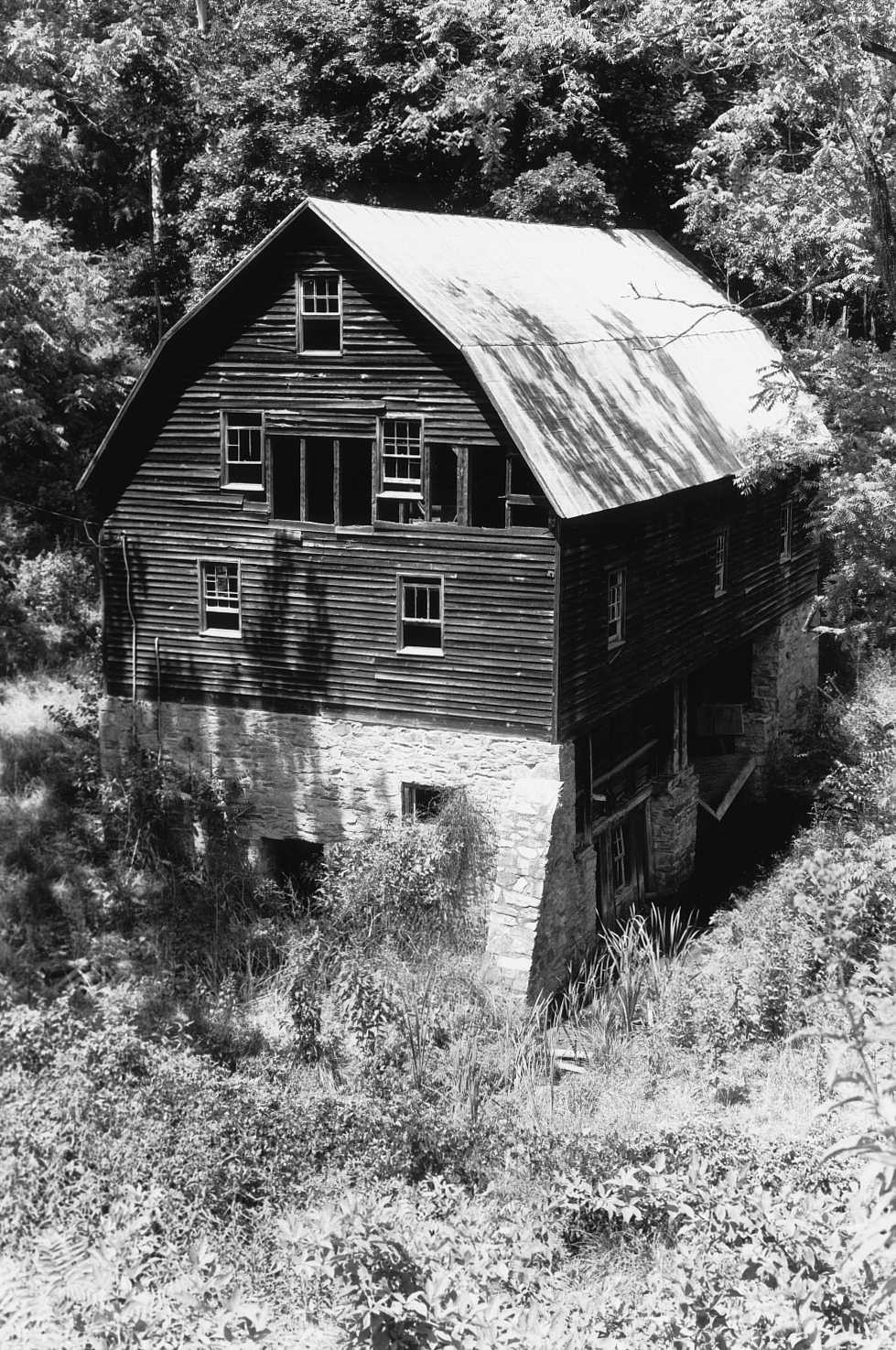 A landmark on the eastern edge of the county seat village of Washington, Washington Mill served as the town mill for most of the 19th century. Built ca. 1800 with subsequent additions in 1840 and 1860, the mill is an artifact of the grain and milling economy once a dominant aspect of the state’s agricultural scene. The gambrel-roof structure is believed also to have served as a neutral bartering place between Union and Confederate lines during the Civil War. No longer in operation, the mill, like the majority of Virginia’s historic mills, has stood vacant and untended for many years.  In 2020, the plans were announced to convert the abandoned Washington Mill into the Old Mill Inn.