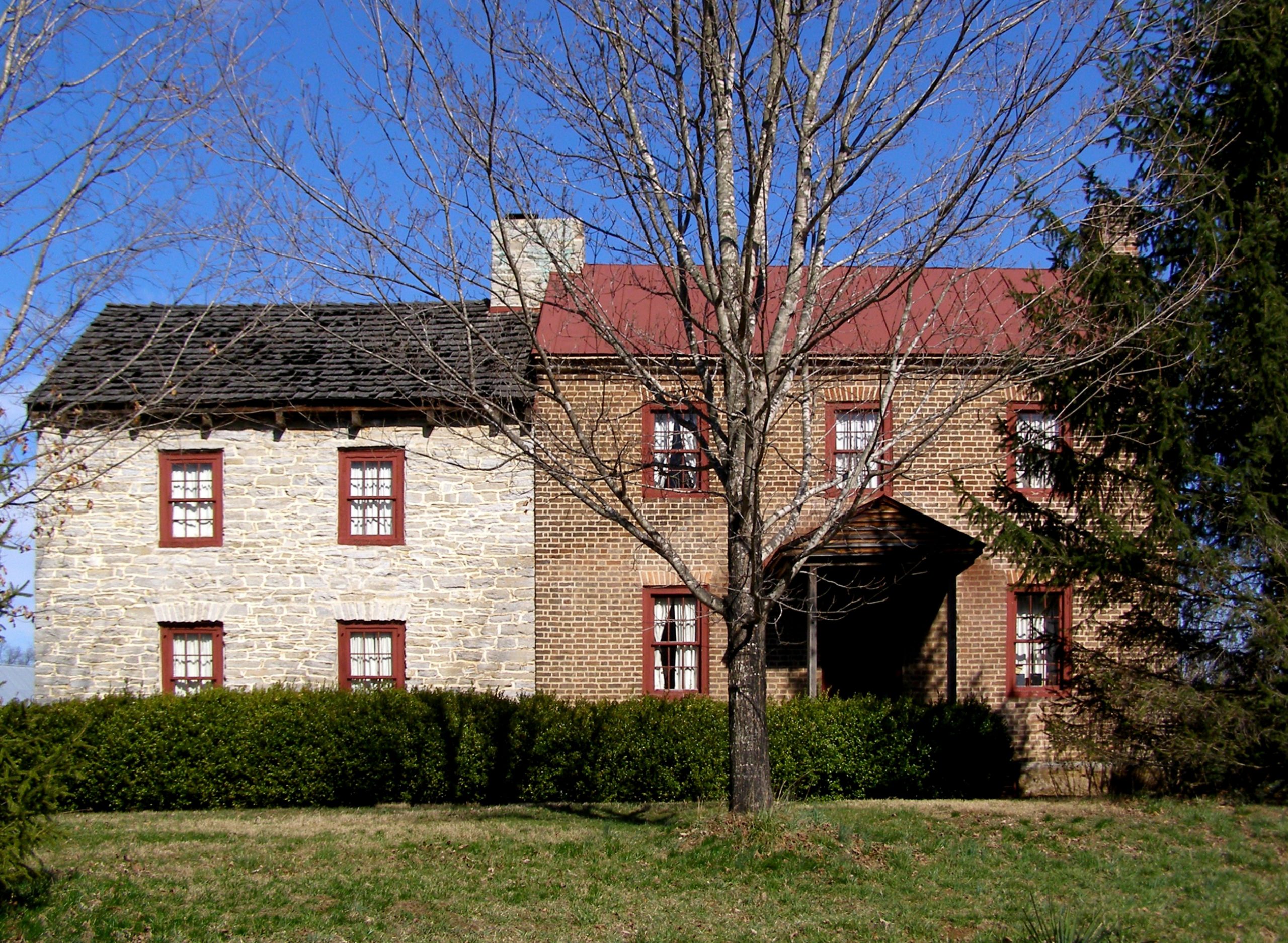 Samuel Harshbarger built the original stone portion of this house, one of Roanoke County’s oldest dwellings, in 1797. The use of stone is a rare surviving reminder of a German-influenced building tradition in the area. Samuel Harshbarger came from Pennsylvania with a group of Swiss or German Brethren, known as Dunkards. The family added the brick wing around 1825. The Harshbargers are said to have been rigorous in their use of German customs and language. Their Brethren principles led them to oppose slavery. Fearing he would be unable to compete with area slave-holding farmers, Samuel’s son Jacob sold his portion of the property in 1831 and moved to Indiana. His father eventually followed him, selling his land to John Jeffries in 1837. Though now surrounded by suburban development, the house enjoys a protected setting. A late-20th-century restoration has enhanced its historic character.