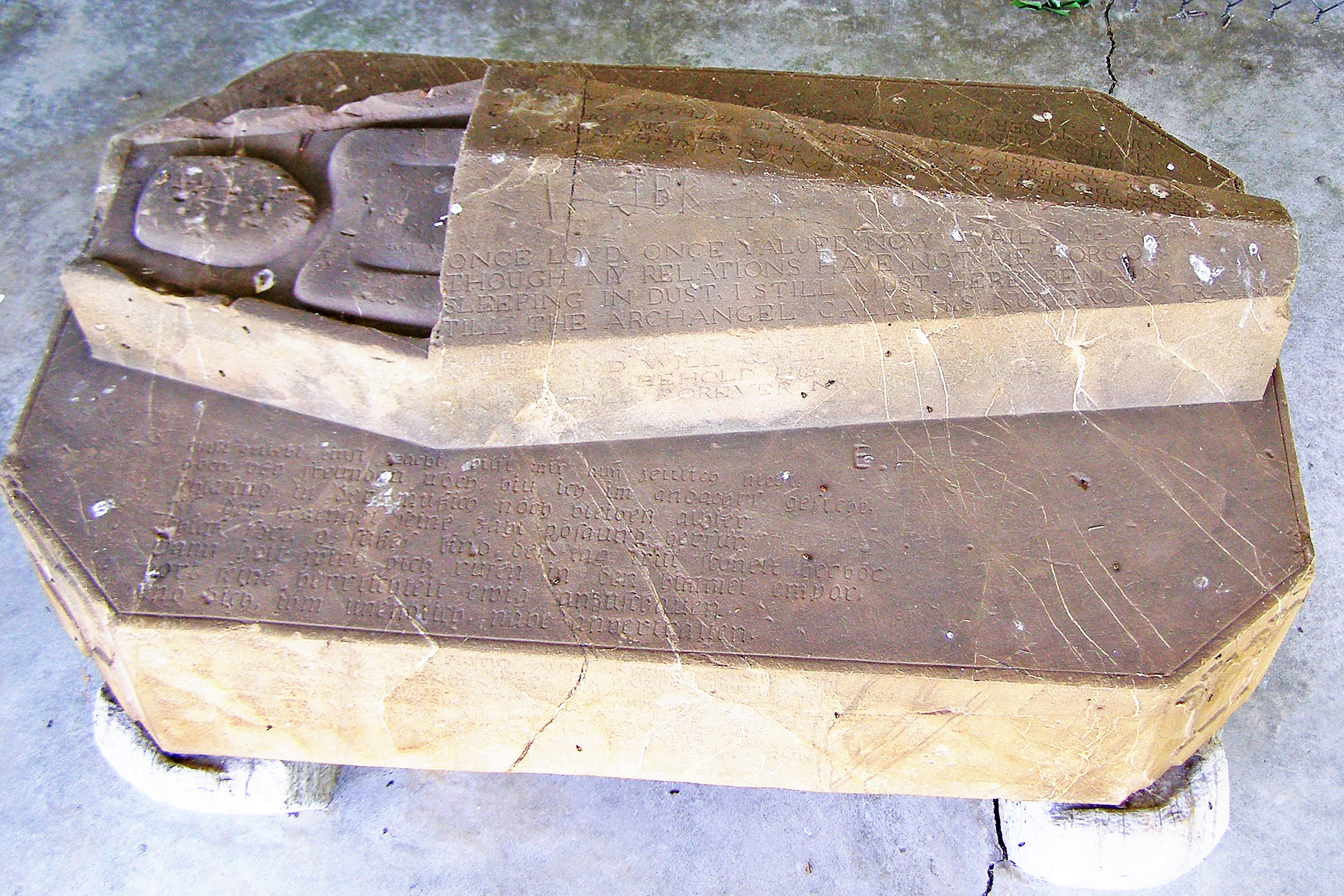 One of Virginia’s most important works of folk art, the Denton Cenotaph was carved sometime after 1805 by Laurence Krone, the most noted of the early-19th-century Roanoke Valley German stone carvers. Krone’s only signed work, the monument was designed as a memorial to the young Robert Denton and as a register of his immediate family. It takes the form of a small coffin containing a folk image of the deceased child. Germanic folk motifs along with a lengthy inscription in Latin, German, and English decorate the surfaces. The head and upper torso were originally covered by a removable stone lid which has since disappeared. Krone, a native of central Europe, arrived in Virginia around 1800. Legend holds that the monument was an expression of Krone’s gratitude for care received from the Denton family during an illness.