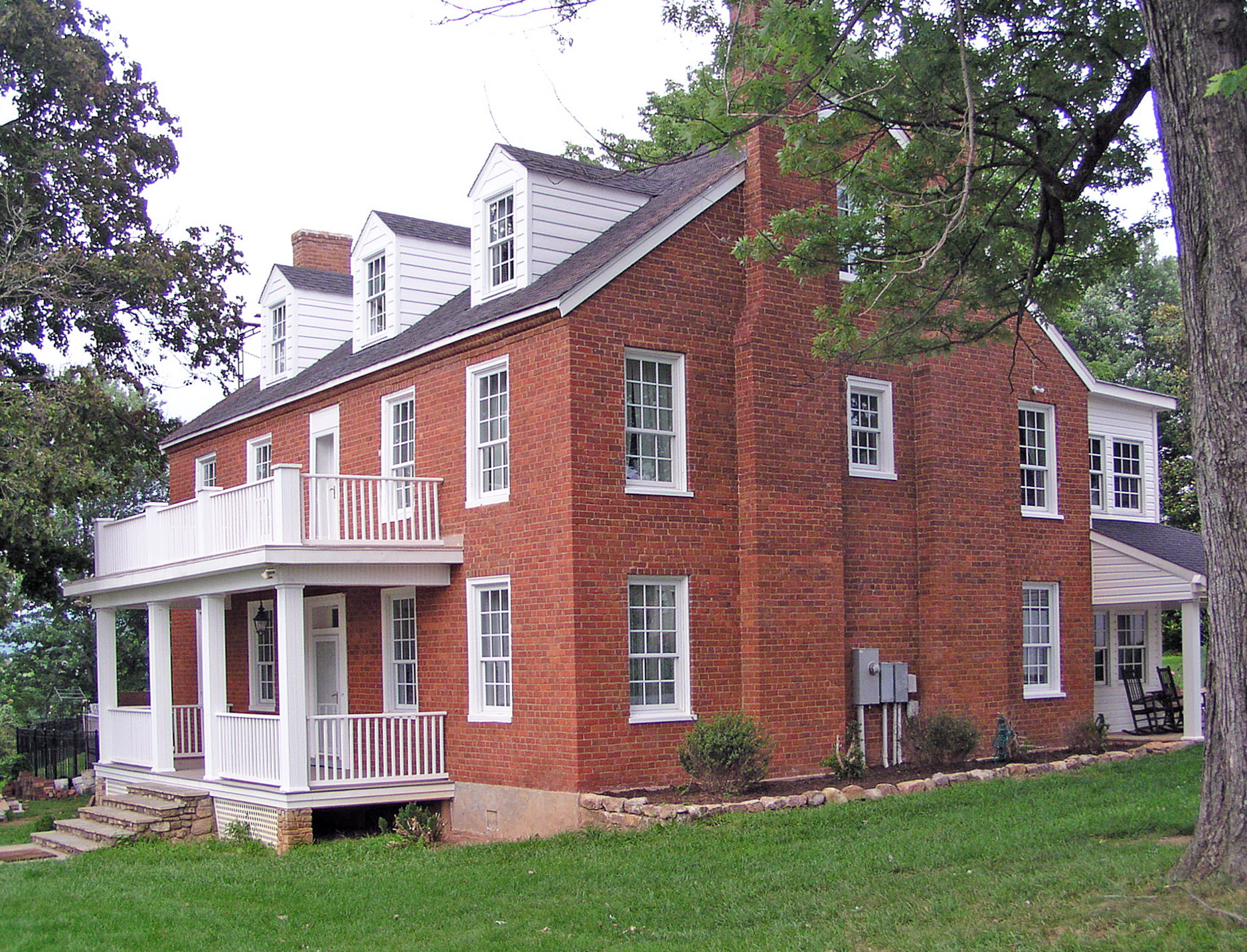 Situated at the base of Read Mountain in northern Roanoke County, the circa 1782 Black Horse Tavern once provided lodging to settlers traveling on the old Carolina Road through the Roanoke Valley. Also known as the Wilderness Trail, the road was the primary route between Pennsylvania and the Yadkin Valley of North Carolina. The one-story, single-pen, log building features a narrow central hallway flanked by two equal-sized rooms. Today it stands as a rare surviving example of an early tavern in southwestern Virginia. The tavern later became part of a complex of buildings, including the circa 1840 temple-fronted Bellvue Office and the Bellvue Hotel [pictured above]. The large brick Greek Revival-style hotel, originally named Kyle’s Hotel after its owners, William and James Kyle, was constructed just south of the tavern in 1854.