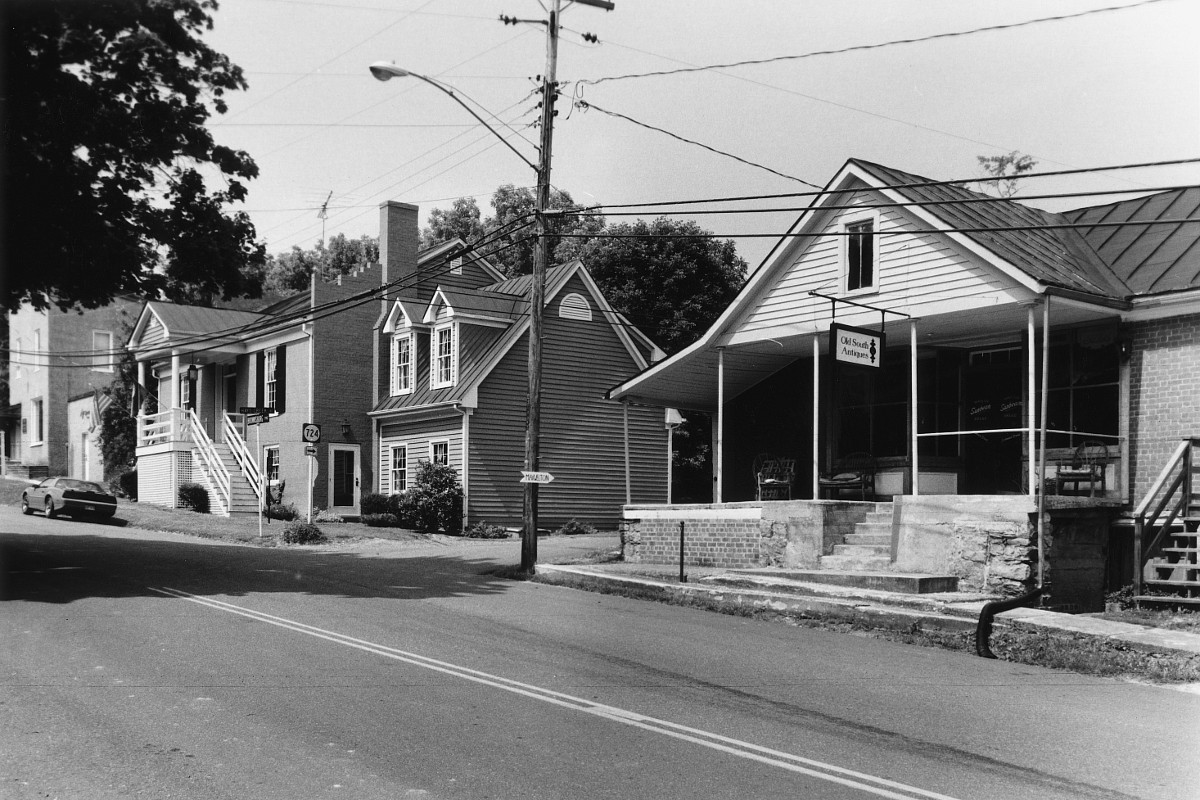 Established in 1783, Brownsburg was laid out on the lands of Robert Wardlaw and Samuel McChesney along a main stage line. By 1835 the community was a hub of activity, containing about twenty dwellings, a mill, three stores, two shoe factories, three wheelwrights, two blacksmith shops, two tailors, a tanyard, a saddlery, a cabinetmaker, a carpenter, and a hatter. Brownsburg lost commercial importance after 1884 when the Valley Railroad was built several miles to the east, initiating a slide into a long decline. Now a well-preserved but somnolent residential village, Brownsburg is composed of buildings dating mostly before 1860, and from the period 1870-1910. Prevalent along the tree-shaded main road is the unembellished Valley Federal style, in both frame and brick construction, though several buildings have log cores. A noteworthy early dwelling is Sleepy Hollow, a ca. 1800 stone structure with an 1830s brick wing.