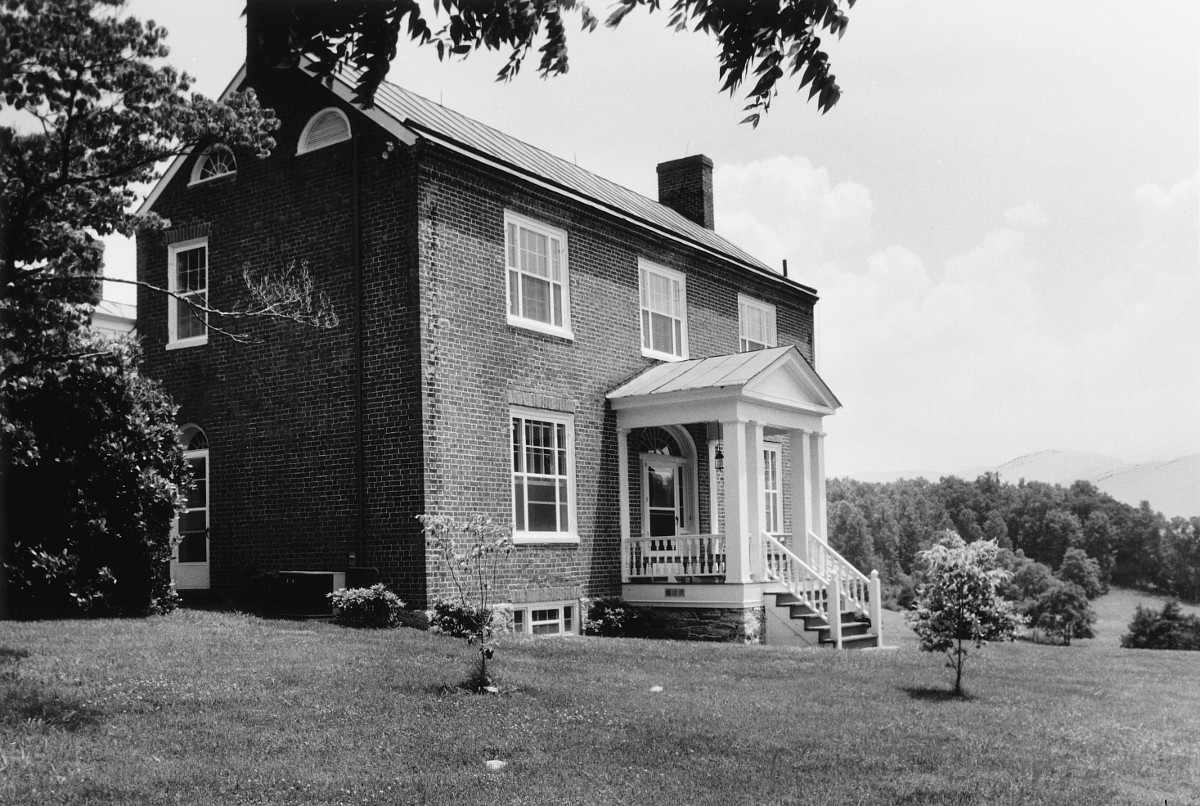 Rockbridge County’s Federal farmhouses are endowed with a robust, self-assured quality consistent with the independent- minded Scotch-Irish farmers who built them. Although each has its own character, they share many common traits. Locust Hill is typical of these with its use of fine Flemish bond, molded brick cornice, and I-house plan. The house was built in 1826 for John Hamilton, whose father came to America from Northern Ireland in 1771. Hamilton was an active layman in the Methodist Episcopal Church and helped to organize the Wesley Chapel congregation. A 20th-century resident, Col. Samuel Millner, was a highly regarded professor at Virginia Military Institute for over fifty years. Locust Hill’s interior was damaged by fire in 1855 and Greek Revival trim was subsequently installed. On the grounds are a 19th-century log dependency and several late 19th-century farm buildings.