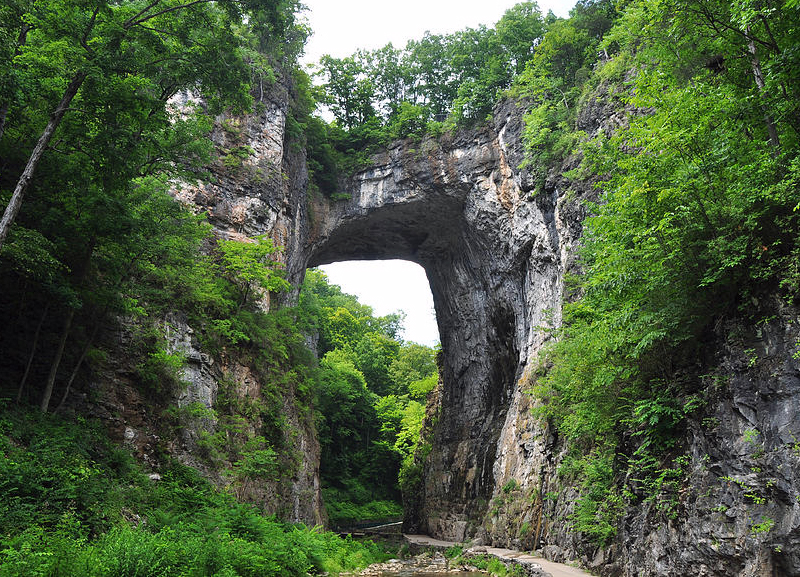 Since the settling of America, Natural Bridge has served as one of the nation’s most recognizable icons of the wonders of nature. Its image was popularized by artists and illustrators, and by a stream of illustrious visitors who waxed eloquently on its inspiring form. The bridge so captured the attention of Thomas Jefferson that he purchased it in 1774 and later wrote that he considered the bridge a public trust and would not allow it to be ignored, defaced, or masked from public view. Pictures of the bridge appeared in numerous publications, both American and foreign, and its image became a primary identifying symbol of Virginia. During the 19th century, the bridge became a popular tourist destination and the focal point of a resort development. Still visited by thousands, Natural Bridge was owned and exhibited by Natural Bridge of Virginia beginning in 1925, and after centuries of private ownership, the Natural Bridge State Park was created in 2016.  The span serves as the centerpiece of the Natural Bridge Historic District.