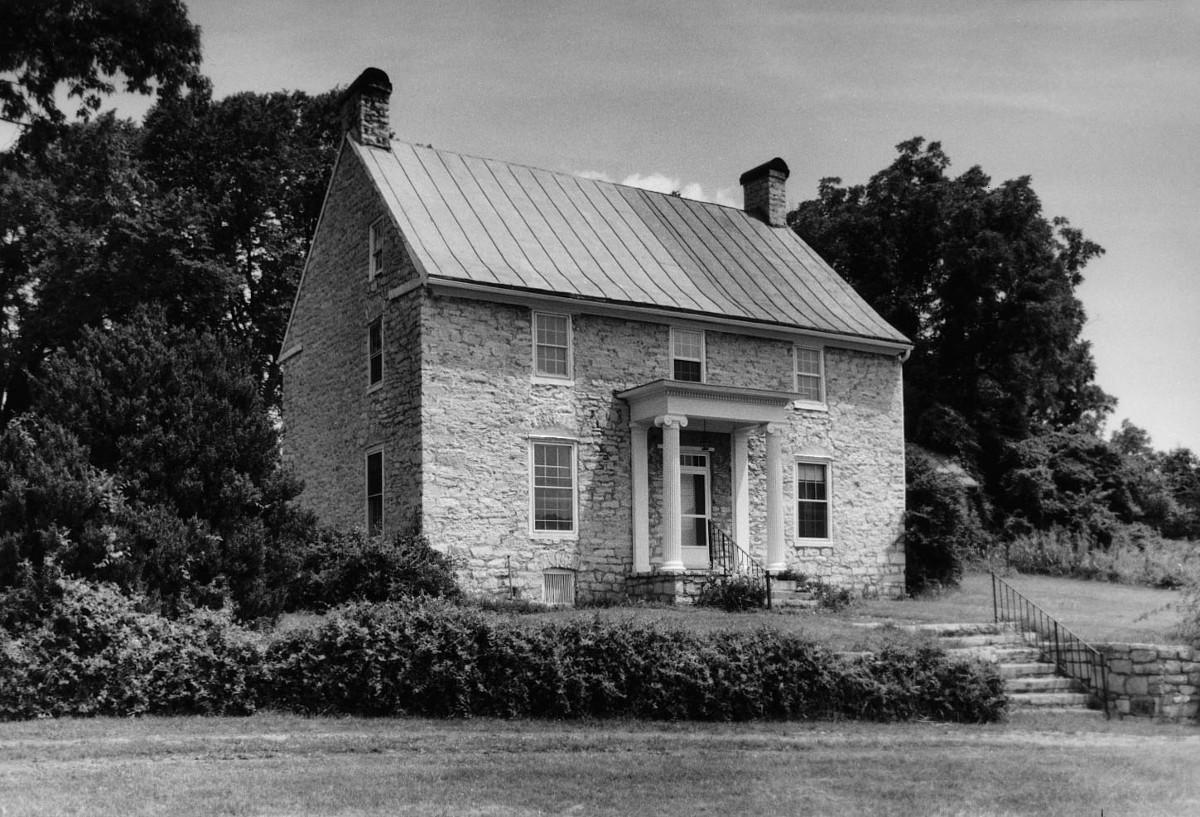 Standing on an undisturbed section of the old Valley Turnpike, Fort Bowman, also known as Harmony Hall, illustrates the Pennsylvania-German influence on early Shenandoah Valley architecture. Notable German characteristics are the limestone construction, dressed ceiling joists, and the principal-purlin roof framing. The house was built ca. 1753 for George Bowman, who with his wife, Mary, migrated to Virginia from Pennsylvania in 1731-32. Mary Bowman was the daughter of Jost Hite, regarded as the region’s first white settler. Among those buried in the Fort Bowman graveyard are George Bowman’s son Isaac Bowman, who aided George Rogers Clark in the conquest of the Northwest, and Samuel Kercheval, Shenandoah Valley historian. Except for the addition of the small Greek Revival portico and a kitchen wing, the house survives little changed.