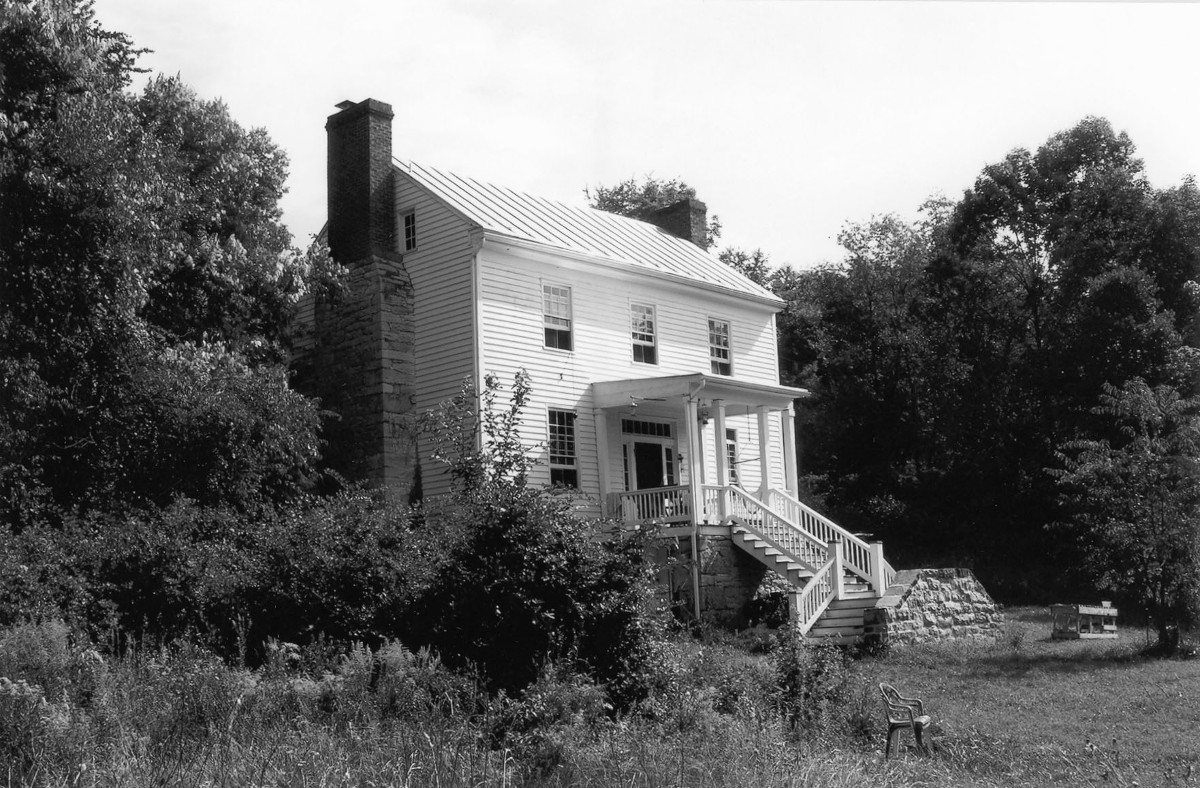 Located in the villlage of Moore’s Store in Shenandoah County, the Benjamin Wierman House is an excellent example of a vernacular dwelling with late Greek Revival-style characteristics. The house was built circa 1859 by Benjamin Wierman, who moved to the area from Union Forge before 1850. While working at the local store for which the village was named, Wierman met and soon married Catherine Moore, a descendant of the first English family to settle along a nearby stretch of Holman’s Creek in the 1750s. After serving in the Confederate army, Wierman took over ownership of Moore’s Store, also serving as postmaster. Since its construction, the house has seen very few alterations, resulting in the retention of the original floor plan and much of the original plaster and woodwork. Some furniture, including a cupboard, chair, and bench, are original to the house as well, and even the names of Wierman’s children can still be read where they were scribbled on the inside of the attic door.