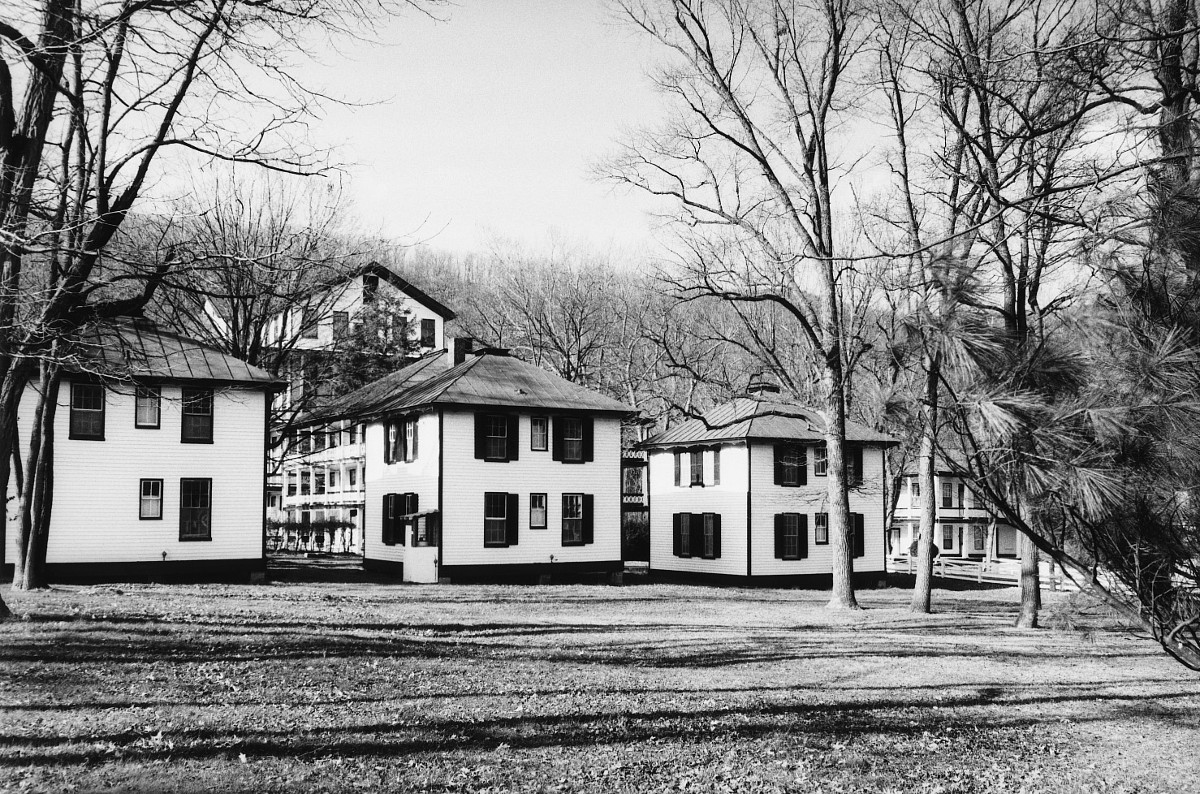 In the shadow of the Allegheny Mountains, Orkney Springs presents what is perhaps the state’s most complete picture of the many spa complexes that sprang up around Virginia’s mineral springs in the 19th century. Orkney Springs was known as early as 1800, and a small community was established here in the 1830s. Resort development began in the 1850s. Surviving from Orkney Springs’s period of greatest popularity is the 1876 Virginia House, a wooden hotel surrounded by tiers of galleries. The oldest building is the 1853 Maryland House, also highlighted by galleries. Other hotel structures and a range of cottages complete the picture of a 19th-century resort. Although most of its sister spas have succumbed to fire, abandonment, or demolition, Orkney Springs has managed to survive through use as a summer music camp and a retreat for the Episcopal Diocese of Virginia known as Shrine Mont.