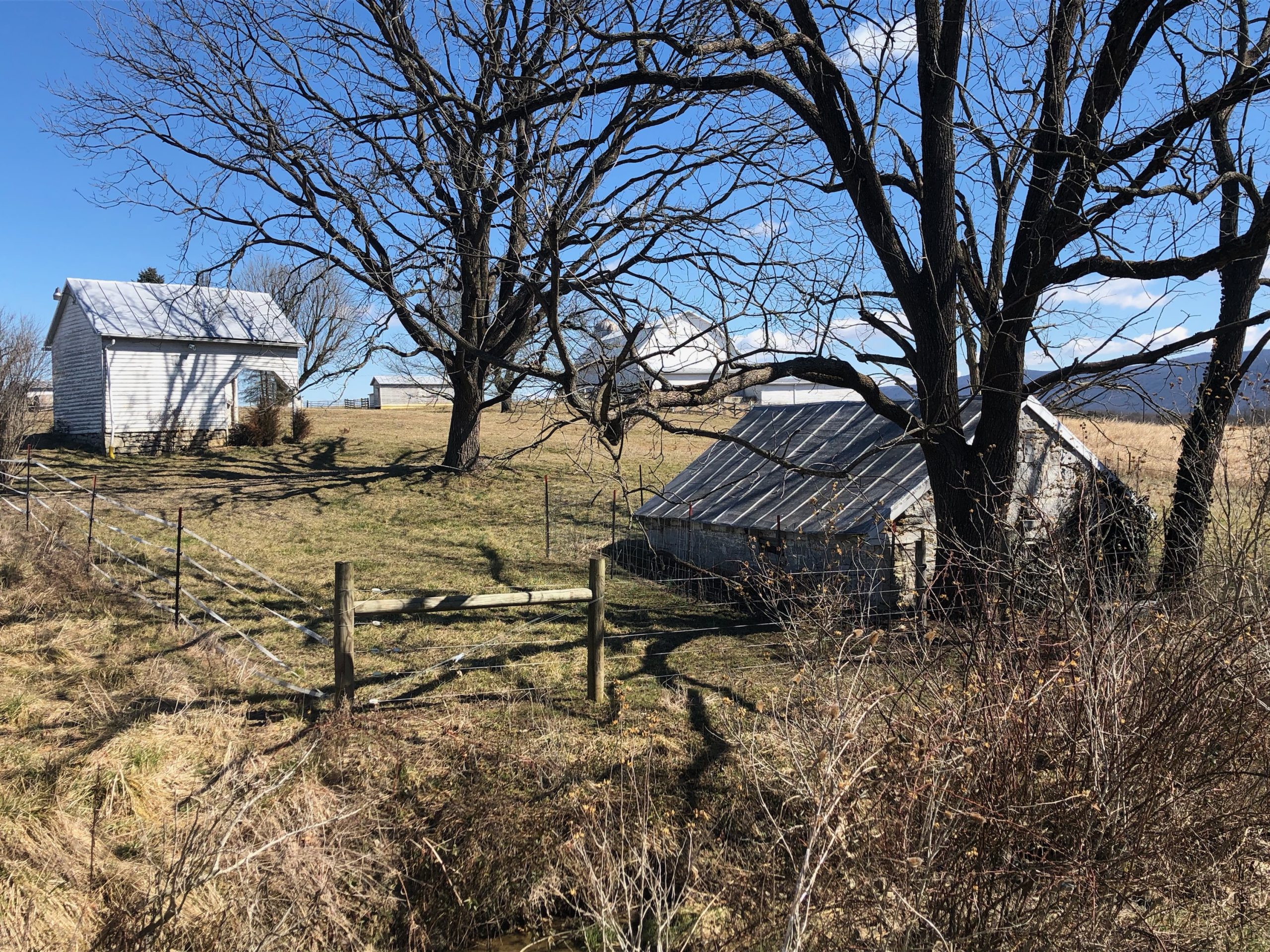 The 1829 almshouse at the Shenandoah County Farm was perhaps the last early county poorhouse built for that purpose to operate in the state. The farm was part of the colonial Beckford Parish Glebe, established in 1769 and acquired by the county during the disestablishment of the Anglican Church. The first almshouse was set up here in 1800 in the original glebe house. By 1829 its deteriorated condition required its replacement. In its place was constructed a two-story brick building that, with its low dormitory wings, was an example of local Federal-style architecture and featured finely detailed interior woodwork. The farm was the scene of a Union bivouac the night before the 1864 Civil War battle of Toms Brook. By 1991 the place housed only seven permanent residents. The almshouse was last administered by a non-profit organization under lease from the county, until the 1829 brick building was completely destroyed by fire in 2014. Today, a springhouse, meat house and barns are the only extant buildings once associated with the farm.