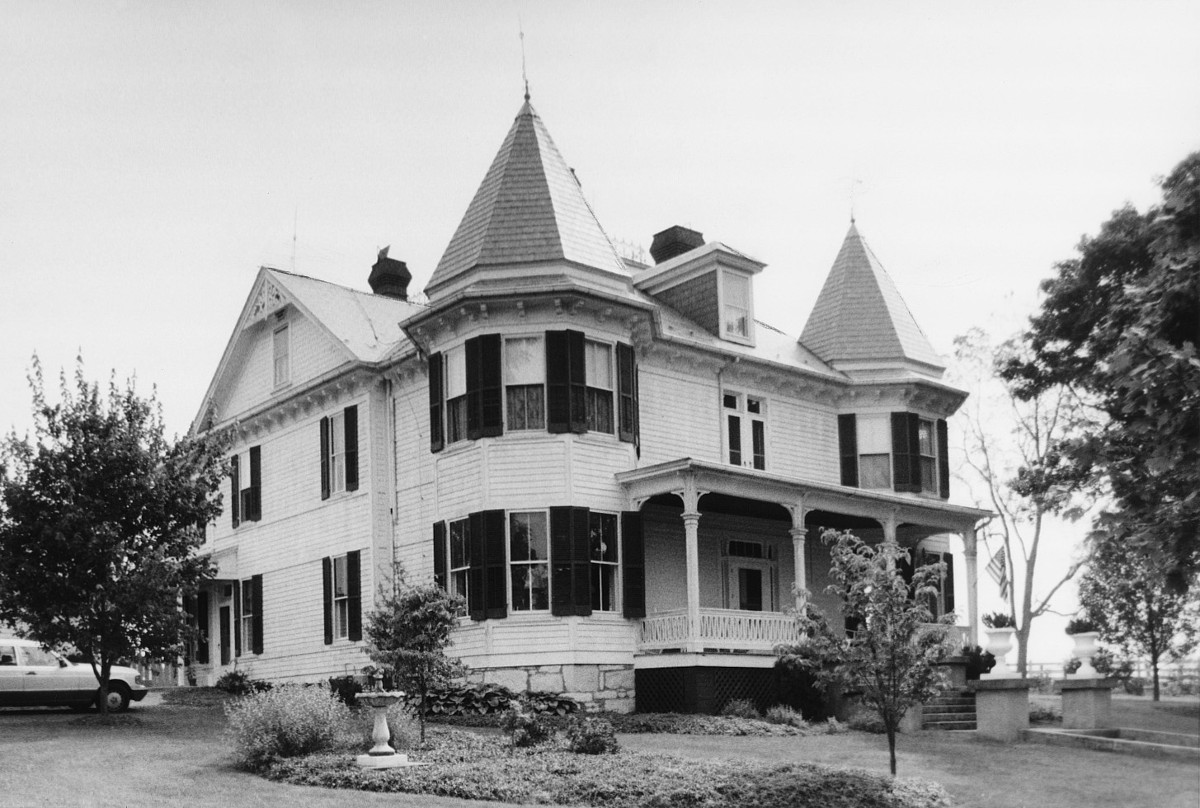 On an eminence dominating the village of Lantz Mills, Campbell Farm is a remarkably intact late 19th-century farm complex exuding the air of confidence and prosperity that characterized the late Victorian era. The principal feature of the grouping is a frame Queen Anne mansion with octagonal corner towers. Immediately adjacent are seven frame buildings that served the farm. The complex was built in 1888-89 for Milton C. Campbell, a local resident who married into a family of ironmasters with Canadian and Pennsylvanian connections. They purchased two Shenandoah County iron furnaces, Columbia and Liberty furnaces, after the Civil War, following other Northern entrepreneurs into what they hoped would be a prosperous Southern economy. The venture eventfully failed and Campbell sold the property in 1908. Despite the family’s decline, the property has enjoyed subsequent owners who have kept the buildings in excellent condition.