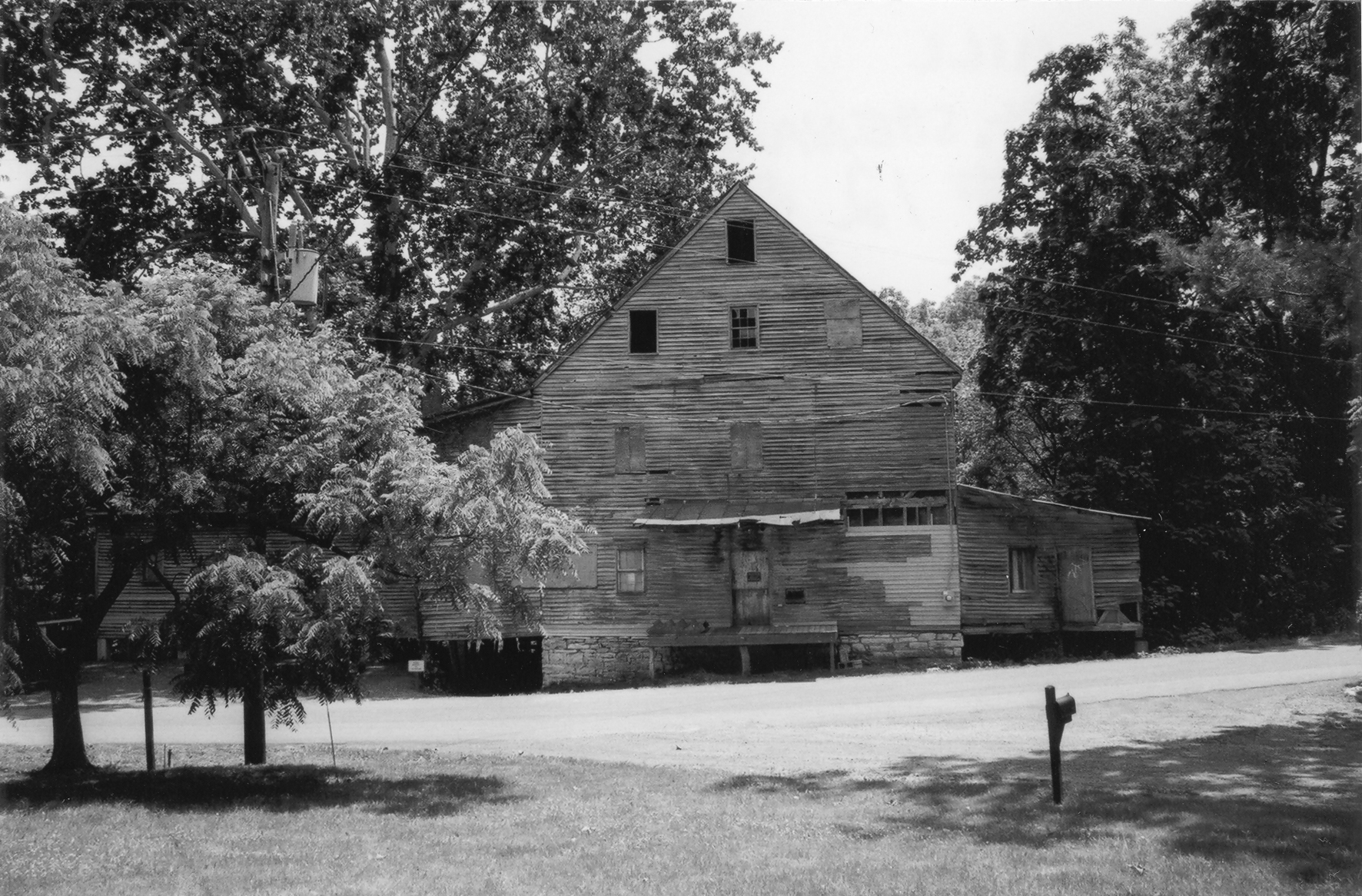 The Lantz Mill, in Shenandoah County, is a water-powered gristmill dating from immediately after the Civil War. This type of mill, once common throughout the Shenandoah Valley, is fast disappearing due to destruction or dramatic alterations to the historic character of those that remain. Lantz Mill’s significance is enhanced by the retention of most of its late 19th-century flour-grinding equipment and mechanicals, as well as part of its original mill race. A prior mill was erected on the site before 1813, probably by settler Peter Holler, before the property was sold to George Lantz in 1824, in whose family the mill remained for 72 years. In 1864 during his scorching Shenandoah Valley campaign, Union General Philip Sheridan burned the earlier mill, though sections of its foundation are still visible under the current building, which was reconstructed in 1867. As one of the first area mills to be rebuilt after the Civil War, Lantz Mill contributed to the valley’s economic recovery. Until it was closed in the late 1970s, it retained its central place in the life of the village that today bears its name.