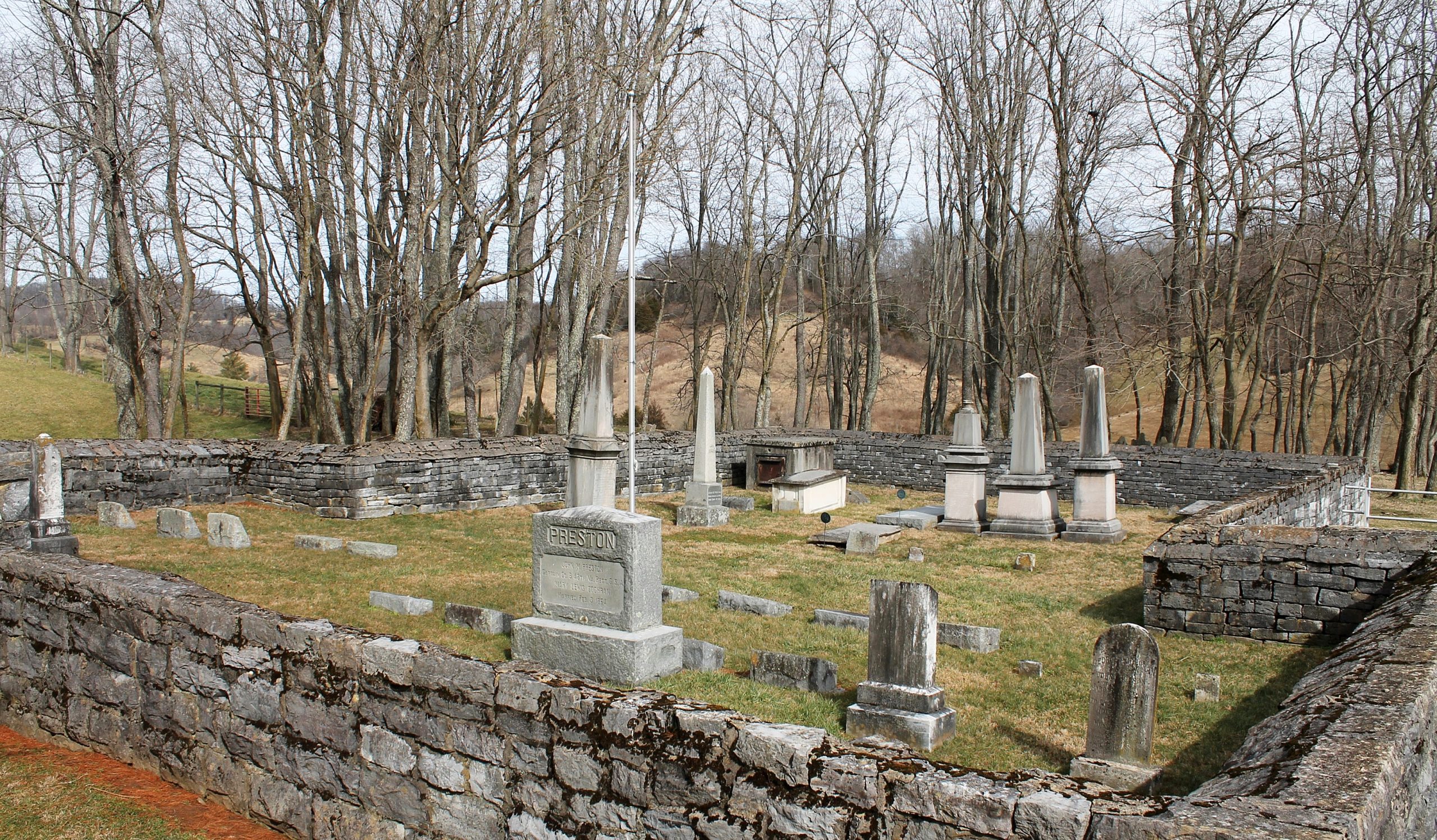 The historic Aspenvale Cemetery is noted primarily for containing the grave of Gen. William Campbell, a Virginia-born hero of the American Revolution. Campbell led his soldiers to victory over Loyalist forces at the battle of King’s Mountain on October 7, 1780. Campbell later joined Lafayette in eastern Virginia with whom he remained until his death on August 22, 1781, shortly before the siege of Yorktown. The Campbell-Preston family plot in which Campbell is buried also contains the gravestones of his mother, his widow, his daughter, his son, and several succeeding generations. Privately owned, the walled cemetery is above Seven Mile Ford, an early settlement on the Middle Fork of the Holston River in Smyth County.