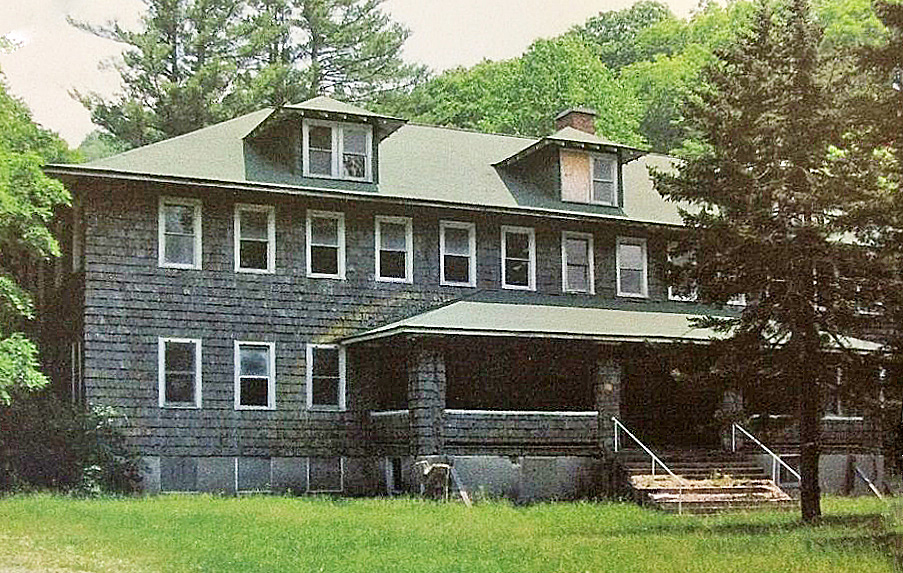 Southwest Virginia’s long-established Lutheran community began to expand its missionary activity in the region in the 1920s. A principal accomplishment was the Konnarock Training School in Smyth County, begun in 1924 by the Woman’s Missionary Society of the United Lutheran Church in America. The school served simultaneously as a private boarding school and a public day school, with a special focus on the cultural, spiritual, and social development of girls from underprivileged mountain families. Surviving elements of the complex include the school’s main building, a 1925 rustic-style classroom/dormitory designed by Richmond architect Henry Carl Messerschmidt, who clad the building with distinctive chestnut bark shingle siding. A 1936 bungalow in similar style originally served as the school’s health center. The Lutherans’ Board of American Missions considered its work done in 1958 and closed the school. The complex is now owned by the U.S.D.A. Forest Service.