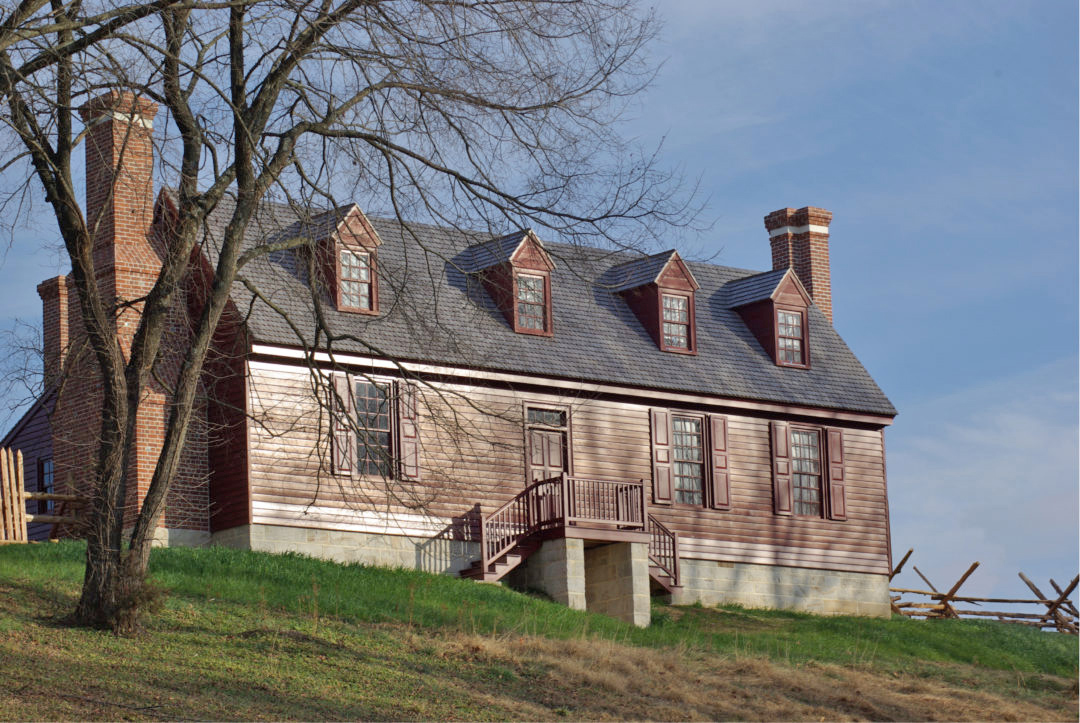 George Washington moved to Ferry Farm, situated across the Rappahannock from Fredericksburg, with his parents from Little Hunting Creek, Fairfax County, in 1738, when he was six years old. Here he spent most of his boyhood, and here are set the legends, made famous by Parson Mason Locke Weems, of his cutting down the cherry tree and throwing a stone (in later versions a silver dollar) across the river. Washington’s widowed mother remained at Ferry Farm until 1772. The one early structure on the property, a frame outbuilding, dates from the early 19th century, but the archaeological remains of earlier buildings are present. In 1996, in the wake of threatened commercial development, seventy-one acres of the original Washington property were acquired by Kenmore Plantation and Gardens which uses the site for interpretive programs relating to George Washington’s youth.