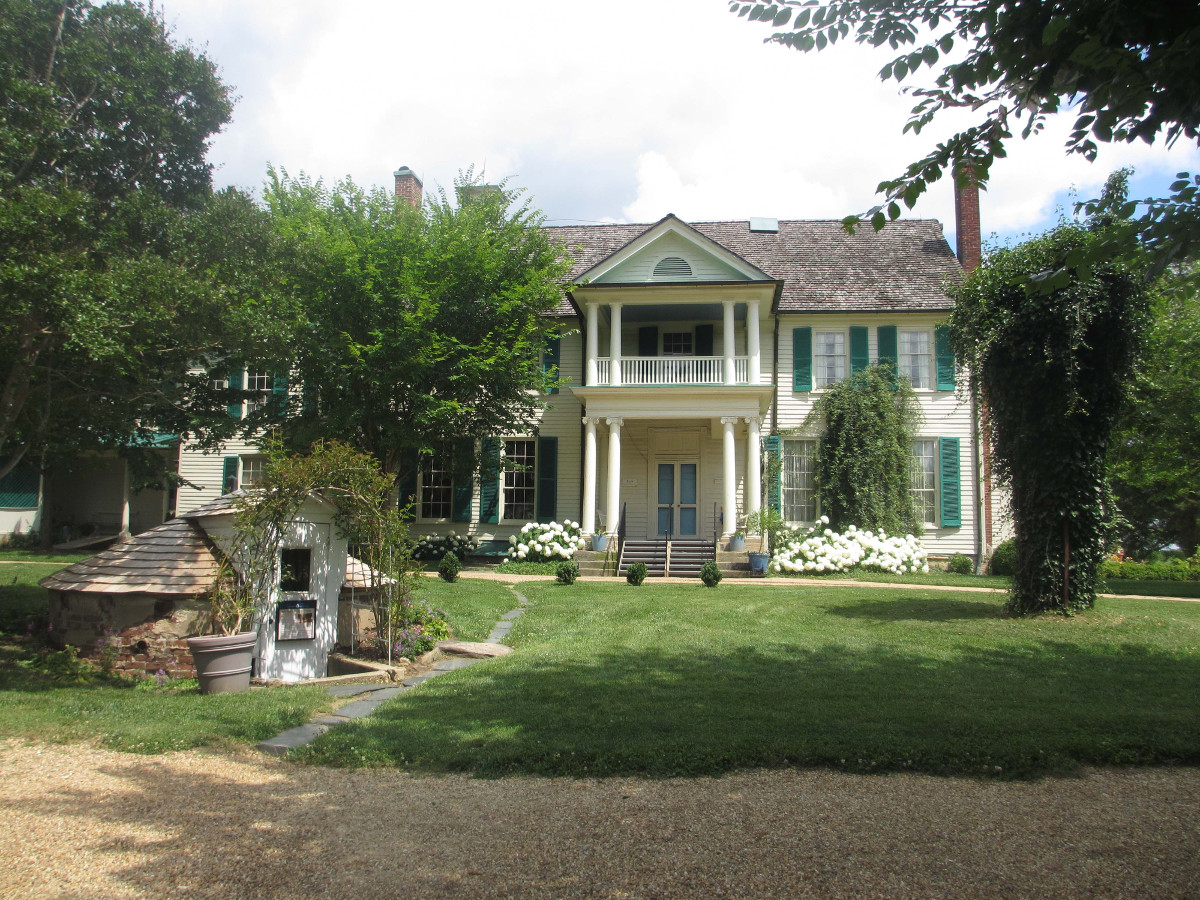 Artist Gari Melchers made this historic Falmouth estate his home and studio from 1916 until his death in 1932. Born in Detroit in 1860 and trained in Europe, Melchers excelled in genre pictures, religious works, portraits, and murals, drawing inspiration from many sources. His works are housed in major American museums, and his murals of allegories on peace and war decorate the Library of Congress. The Belmont house and studio, along with their furnishings and many of his pictures, were left to the state by Melchers’s widow and are exhibited under the auspices of the Univeristy of Mary Washington as the Gari Melchers Estate and Memorial Gallery. Although it may incorporate colonial fabric, the house was mostly built after 1825, following Belmont’s purchase by Joseph Ficklin, whose family owned it until Melchers bought it. The stone studio to the south of the main house was built by Melchers.