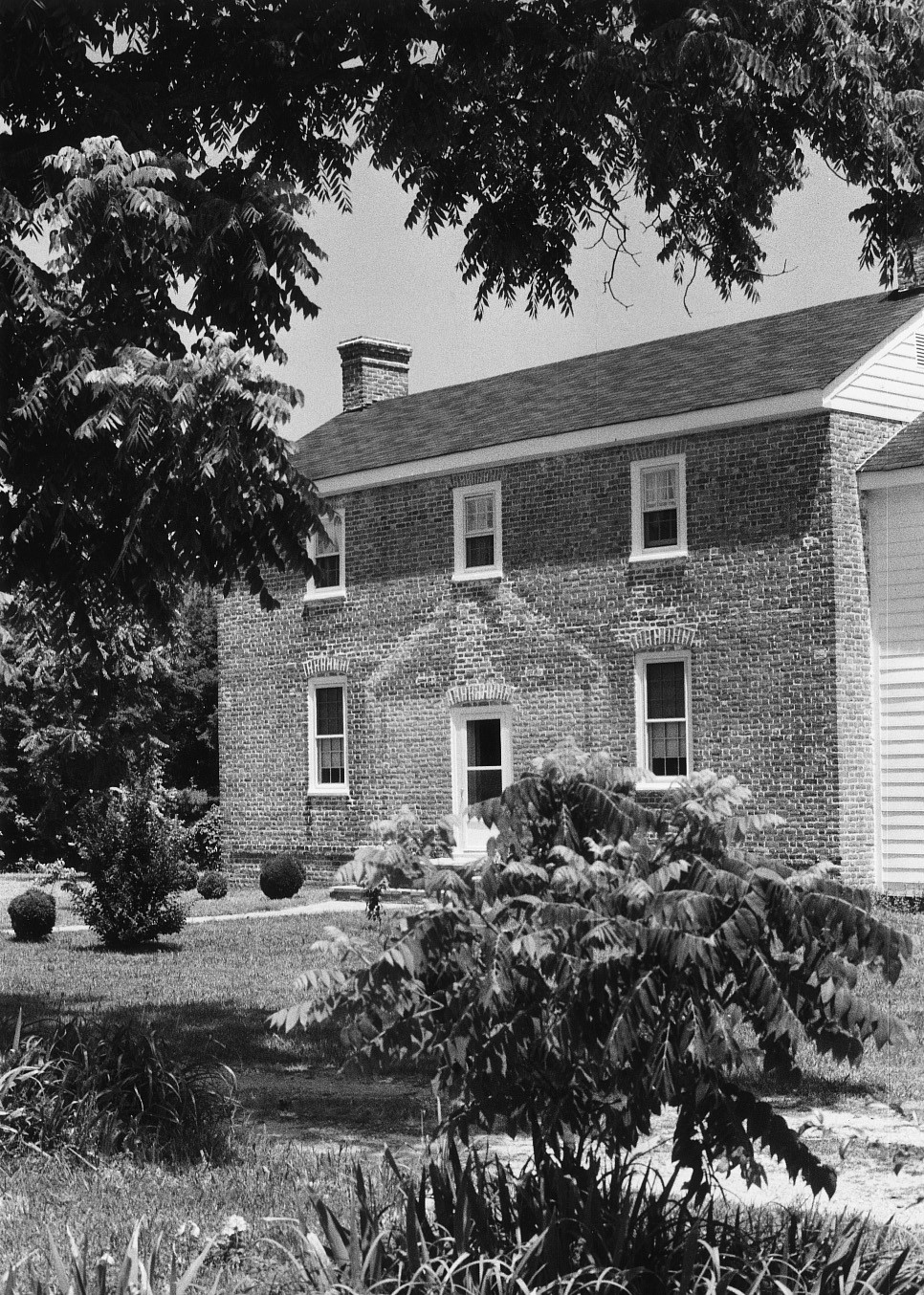 Blenheim is the plantation next to Pope’s Creek Plantation, birthplace of George Washington. The simple late Georgian dwelling here was built in 1781 for William Augustine Washington, son of George Washington’s half-brother, as a successor to the Pope’s Creek house, which burned on Christmas day, 1779. Washington vacated Blenheim sometime between 1787 and 1795, possibly when he married Sarah Tayloe, a younger daughter of John Tayloe of Mount Airy. The property eventually passed to Washington’s daughter, Sarah Tayloe Washington, who was married to her cousin Lawrence Washington. Except for one break, Blenheim has remained in the ownership of Washington family descendants. The house was restored from near-ruinous condition in the 1970s by Lawrence Washington Latane, Jr. The wood-frame south wing is an earlier structure, said to have been an overseer’s house.