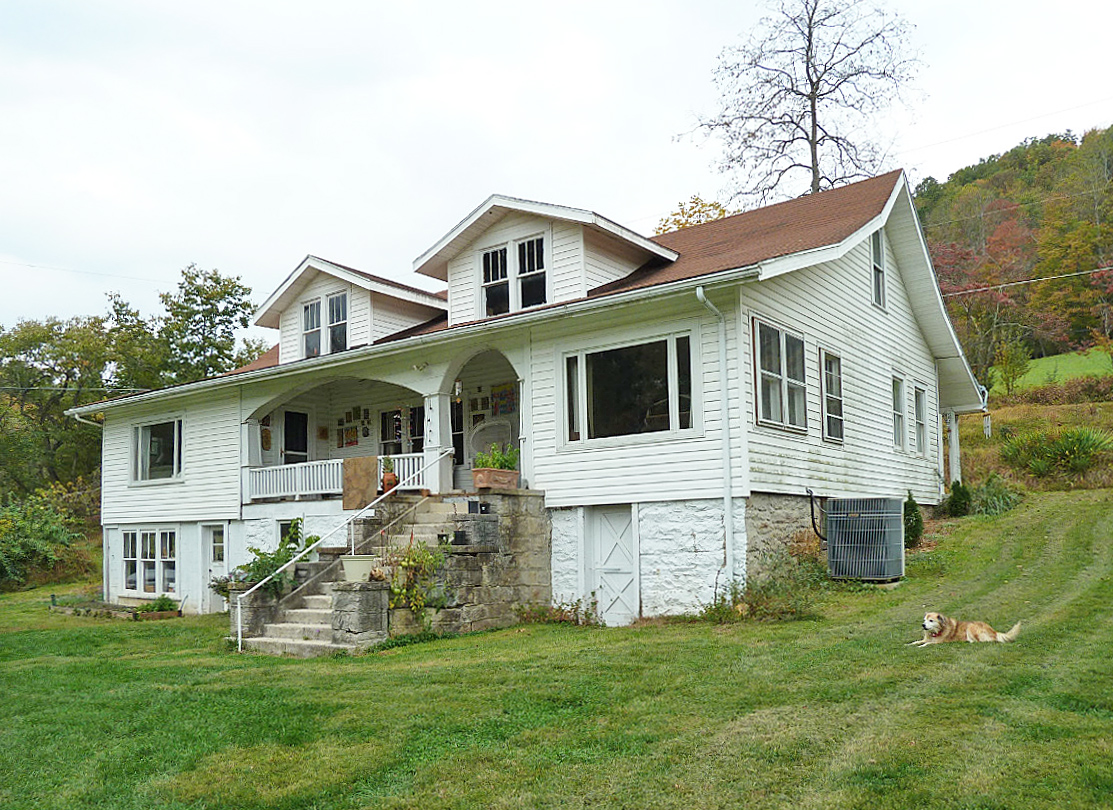 Established circa 1846, Sunnydale comprises historic domestic, agricultural, industrial, and funerary resources associated with the Branham and Kelly families. It is also important for its association with Chant Kelly, who emerged in the early 1920s as a leading developer of the town of Pound. Kelly built multiple commercial buildings, provided electrical, telephone, and fire prevention services, and served as Pound’s postmaster for 12 years starting in 1922 and as president of the town’s chamber of commerce. For these and other efforts, Kelly was honored in period press accounts and later eulogized as the “Father of Pound.” The Sunnydale property retains a ca. 1919 Craftsman bungalow farmhouse and the ruins of a log tenant house adjoined by a complex of stone piles, some of rectangular cairn-like form, that are of unknown provenance and former function. Other contributing resources include a ca. 1919 blacksmith shop, a family cemetery, and coal mine openings dating mostly to the 1940s-50s, with one opening that may be from the 19th century.