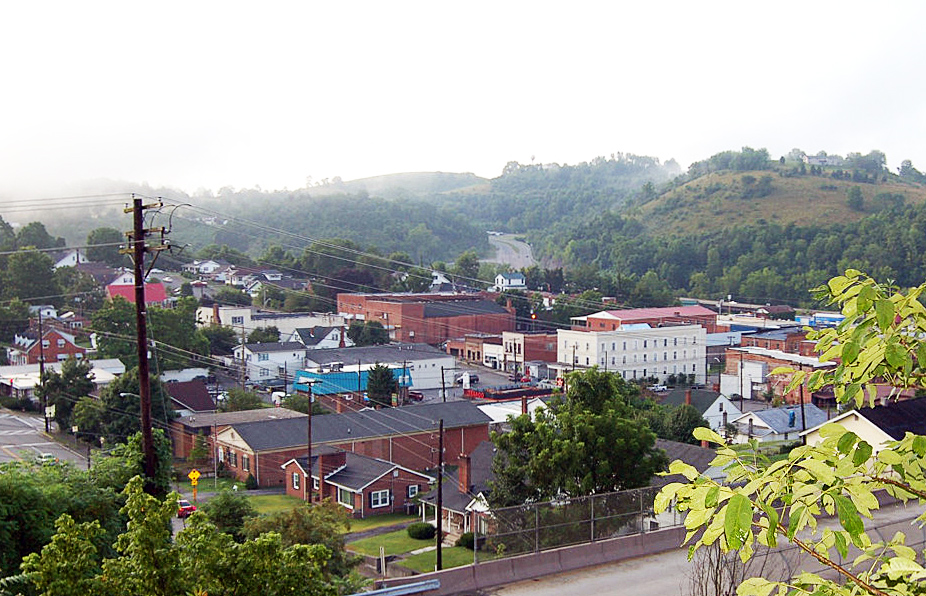 The St. Paul Historic District is an excellent example of the small commercial towns that developed in Wise County and surrounding areas of Southwest Virginia in conjunction with the growth of the coal mining industry from the late-19th- through the mid-20th-centuries. By 1884, the present town was envisioned in the small cove it now occupies, comprised of relatively mild slopes suitable for building, along the Clinch River. Located at one of only two practical points of access for railroads through the mountains that surround Wise County, St. Paul grew and thrived into the mid-20th-century as a railroad junction and hub for local commerce serving nearby coal towns to the north and west. The town’s most active development occurred during the 1920s and 30s, prior to the decline of the coal industry beginning in the 1950s. The district’s architecture is distinguished by early-20th-century styles, some with sophisticated masonry and elaborate ornamentation, ranging from Commercial Style to Classical Revival and Beaux Arts.