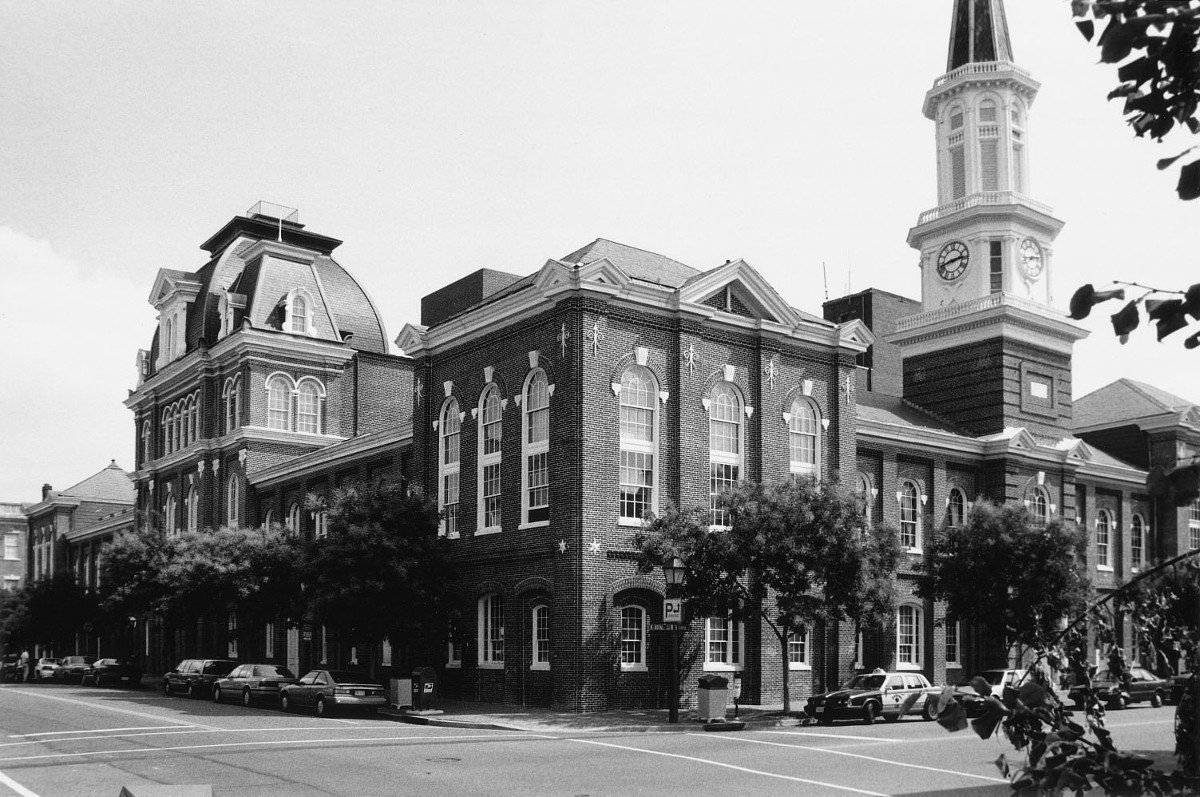 One of the state’s boldest examples of the Second Empire style, the dark brick Alexandria City Hall was designed in 1871 by Washington architect Adolph Cluss. The elongated composition is dominated by its central pavilion with a massive square dome, a scheme that recalls the Louvre in Paris. The building occupies the site of the 1817 city hall designed by Benjamin Henry Latrobe which burned in 1871. Cluss incorporated into his design a clock tower based on that which had graced Latrobe’s work. The building originally had town offices on the upper floors and market stalls in arcades below. The stalls have been removed, and the building now functions exclusively as city offices. The interior has undergone numerous remodelings but the Cameron Street facade remains without significant alteration. A Colonial Revival addition, filling the U-shaped courtyard, was added in the early 1960s.